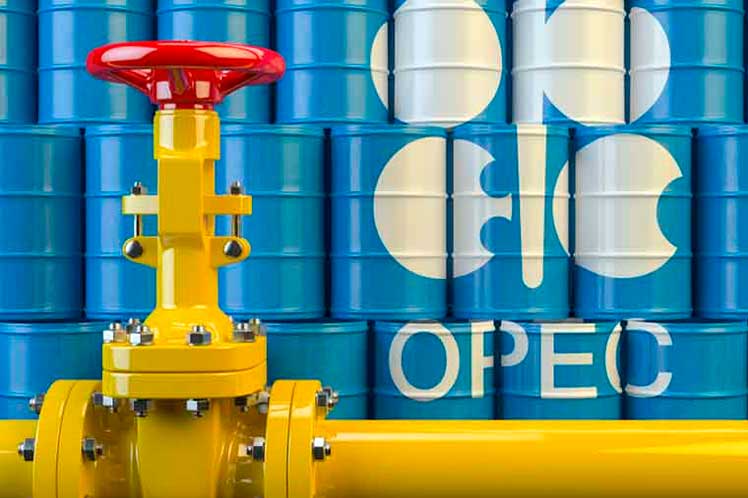 In its monthly report published Thursday, the group maintained its forecast for the second consecutive month that this year the request for oil will grow by 5.95 million barrels per day (bpd), which represents 6.6 percent.

It also forecast global economic growth in 2021 of 5.5 percent, unchanged from last month.

‘In general, the recovery of world economic growth and therefore oil demand is expected to gain momentum in the second half,’ he said.

Even so, he warned of the ‘significant uncertainties’ generated by the impact of the Covid-19 pandemic, such as the possibility of the appearance of new strains.

In the first half of the year, he said, ‘the global economic recovery has been delayed due to the resurgence of Covid-19 infections and new lockdown measures in major economies, including the euro zone, Japan and India.’

However, OPEC believes that vaccination and the easing of restrictions are fueling ‘optimism that the pandemic could be contained in the coming months.’

OPEC and its allies, led by Russia, agreed in April to gradually lift oil production cuts from May to July, a decision they upheld at a meeting on June 1.

According to the report, crude production in May rose 390 thousand bpd to 25.46 million bpd.

OPEC warns of consequences of sanctions against Russia

Nigeria demands that US end blockade against Cuba

OPEC warns of consequences of sanctions against Russia

Nigeria demands that US end blockade against Cuba