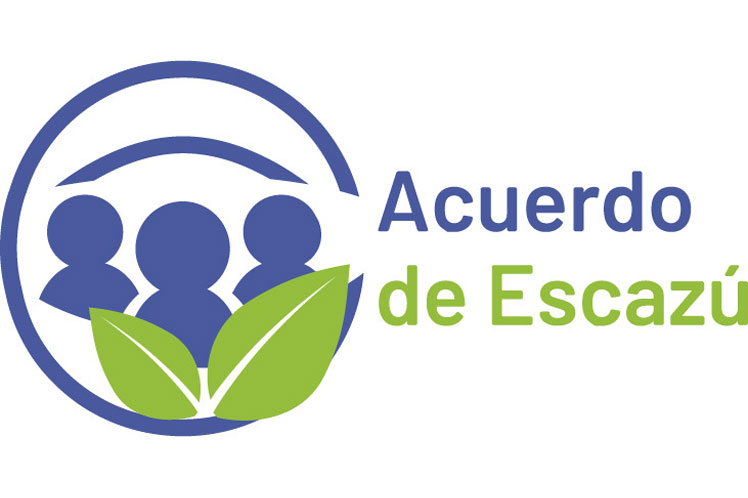 The Parliament member, one of the personalities who insists the most that Colombia be part of the agreement, alluded to five reasons highlighted by newspaper El Espectador.

The Agreement, states the publication, introduces a novel approach to environmental issues: that of environmental democracy, focused on the consideration of human rights and citizen participation as necessary requirements to ensure a prosperous economy and guarantee the right to a healthy environment. .

‘This approach makes the Agreement, as stated by the Secretary General of the United Nations, António Guterres, into a powerful instrument for conflict prevention. In other words, the Agreement, instead of affecting private investment, promotes better social conditions. for its realization’, he adds.

Second, the Agreement is an ideal complement to the application of regulations on access to public information and citizen participation in environmental matters.

He emphasized to the publication that, although the country already has regulations for this, not all of them were designed exclusively for environmental issues and they encounter enormous socio-cultural, institutional and political barriers for their adequate and timely application.

Third, he attributes a special rank to vulnerable groups as subjects of rights and of particular attention by the State.

‘Colombia, characterized by wide socioeconomic gaps, deepened by the pandemic and by the regressive policies of the government, favorable actions for populations excluded from the benefits of economic growth and the action of the State turn out to be decisive,’ he adds.

He adds that, in addition, it constitutes a tool for the protection of environmental defenders, who are increasingly victimized by criminal hands.

As a fourth reason, he establishes that the Agreement grants a new status to environmental criteria as benchmarks for decision-making on the country’s development model.

And as a fifth element, it points out that the standards of the Escazú Agreement are already being adopted by some Colombian government entities such as the National Environmental Licensing Authority.

Next Thursday, in a joint session of the Senate and the House of Representatives of Congress, legislators will debate and vote on the regional agreement adopted in Escazú, Costa Rica, on March 4, 2018 and that Colombia signed at that time.

For the National Forum for Colombia, not ratifying it would show an inconsistency, unsustainable in the international arena.