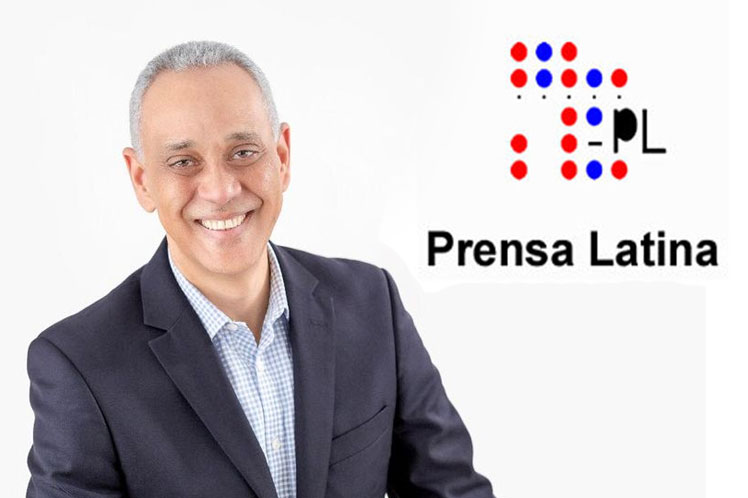 ‘Since its birth, Prensa Latina has become an informative and orienting alternative about the events taking place in the world,’ Manolo Pichardo, secretary of International Relations of the Fuerza del Pueblo party, wrote in a message.

The agency, during these 62 years, has established itself as an instrument committed to the truth in the light of evidence, without the purpose of molding public opinion with laboratory narratives as the outputs of domination matrixes that pretend to build history from interests that do not represent humanity’, he added.

Meanwhile, the national coordinator of the Dominican Campaign of Solidarity with Cuba, Roberto Payano, described the agency as a respectable international media of Cuba and the world, emphasizing that since its creation the agency has been an impulse to the necessary inclusive and comprehensive responsible journalism.

Likewise, the vice president of the Permanent Conference of Political Parties of Latin America and the Caribbean, Mihail Garcia, pointed out that Prensa Latina is an opportunity to access purified and free information, always attached to objectivity, truth and unbiased narration of facts.

Finally, the director of the Media Observatory and CODI Social Network, Juan Carlos Espinal, said that ‘for the Observatory to have Prensa Latina as a supplier is an honor, for its contents, innovations, editorial staff and multiplicity.’

The news agency was created on June 16, 1959 because of Operation Truth, almost six months after the triumph of the Cuban Revolution led by Fidel Castro, and with the commitment to be ‘objective, but not impartial.’

CDR´s challenge: to join in the country’s recovery

CDR´s challenge: to join in the country’s recovery