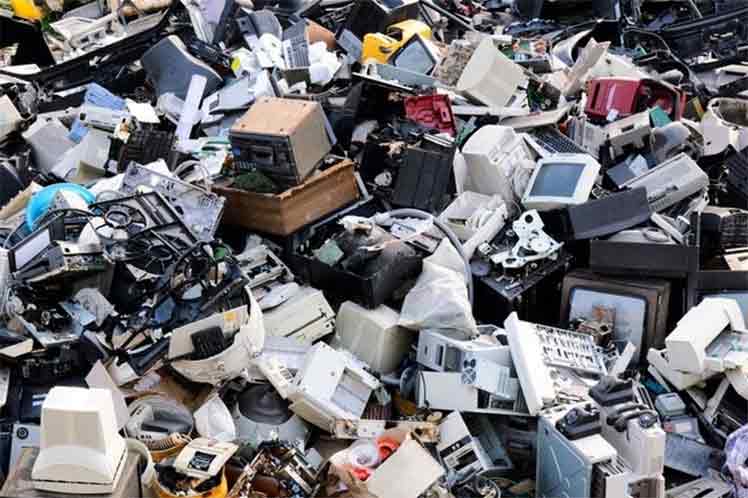 Growing volumes of e-waste around the globe are causing what was recently termed at an international forum as an ‘e-waste tsunami’ that endangers people’s lives, as warned by Dr. Tedros Adhanom Ghebreyesus, WHO´s Director.

In the report ‘Children and e-waste dumps’, WHO representatives detailed that it´s urgently necessary to take effective mandatory actions to protect millions of minors and pregnant women worldwide.

An estimated 12.9 million women are currently working in the unregulated waste sector, exposing them to toxic e-waste that puts their future babies´ health at risk.

Plus, over 18 million children and teens, some as young as five years old, work in unregulated industrial sectors including waste treatment.

Sometimes, parents or caregivers involve children in the recycling of e-waste, because having smaller hands they are more skilled at this task.

Many of them also live, go to school and play close to e-waste recycling places containing high levels of toxic chemicals including lead and mercury, which can affect their intellectual development.

WHO pointed out that children exposed to e-waste are more vulnerable to toxic substances because their body is smaller and their organs are less developed.

For such a reason, the level of pollutants they absorb is higher in relation to their body size and they also have less ability to metabolize and eliminate toxic substances.

Specialists regret that those who work extracting valuable materials such as lead and copper are exposed to contact with more than a thousand dangerous substances, including lead itself, mercury and nickel.