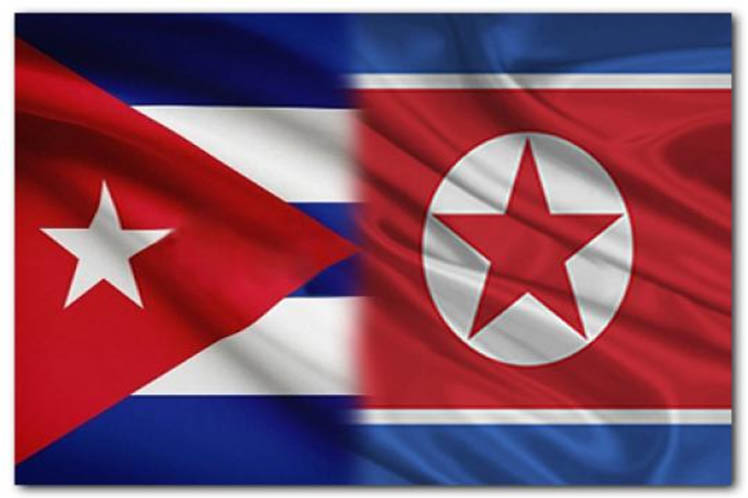 Pyongyang, Jun 17 (Prensa Latina) Cuba ratified to the Democratic People's Republic of Korea the will to continue strengthening the ties of friendship, in messages sent by Raul Castro and President Miguel Diaz-Canel, the local press published on Thursday.

In the first of the texts, in response to the General Secretary of the Workers’ Party of Korea, Kim Jong Un, Raul thanked ‘on behalf of the people, the Party and on my own behalf, for your cordial congratulations on the celebration of the 8th Congress’ of the political organization, held in April.

In his message, the Army General assured that the new generation of Cuban leaders, elected as a result of the ‘Congress of unity and continuity,’ feels the same respect and admiration for the sister Democratic People’s Republic of Korea.

Raul also ratified the invariable will to continue strengthening the traditional ties of friendship and cooperation between the two countries.

Meanwhile, Diaz-Canel thanked Kim for his ‘cordial congratulations’ on the important meeting and his election as First Secretary of the Central Committee of the Communist Party of Cuba (PCC), according to the state news agency ACN.

Cuba’s president noted that the Party Congress was ‘an expression of the unity, continuity and commitment’ of the people to the ideals and work of the Cuban Revolution, the PCC and its historic leaders, Commander-in-Chief Fidel Castro Ruz and Army General Raul Castro Ruz.

On behalf of the Cuban people, Party and Government, and on my own behalf, I express my unwavering will to continue strengthening the party ties and the close friendship forged by our historic leaders, Fidel Castro Ruz and Kim Il Sung, the ruler highlighted in his letter.