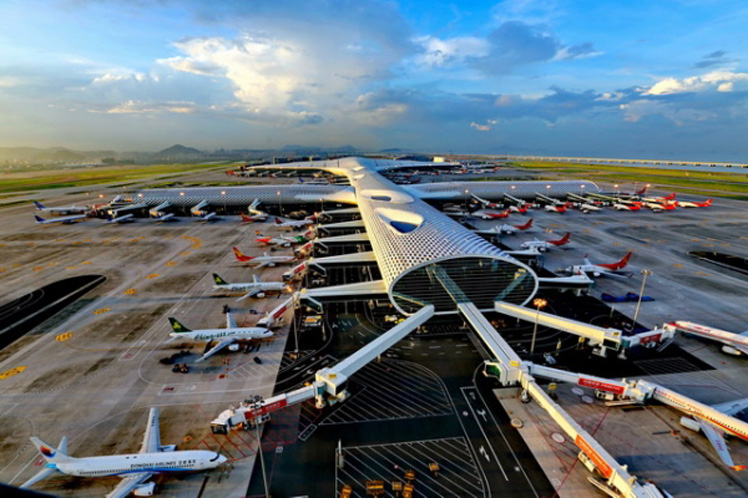 Press reports told in detail that number is equal to 40 percent of the airways planned for landing and departure from the terminal the day, and so far it is not known for how long interruptions will continue.

Furthermore, the airport closed its shops and is currently carrying out a check up on the personnel in search of silent hosts of coronavirus SARS-CoV-2, causing the disease.

The patient with COvid-19 works in one the airport restaurants and this case sets off the alarms since he has been vaccinated full dose plan against the disease and came out negative in tests performed on June 1, 7, 9, and 15.

Shenzhen, known as Chinese Silicon Valley, is one of Guangdong province important cities hit by a strong new outbreak of Covid-19 since the end of last May, with high number of local infections and great impact on children and the elder people.

Generally speaking, the Asian nation counts in the continental area, Hong Kong, Macao and Taiwan, at least 4 thousand 970 deaths and 117 thousand 51 infected with SARS-CoV-2 and its disease since December, 2019.

Taiwan is facing the most complex situation and it has been forced to declare a state of epidemiological emergency when numbers went sky high to 13 thousand 584 infected and 497 deaths.

Since last July, the Asian giant nation has vaccinated with their own drugs more than 966 million national and foreign citizens against Covid-19 while keeping sending supplies to a hundred countries, both, as exports or aid.