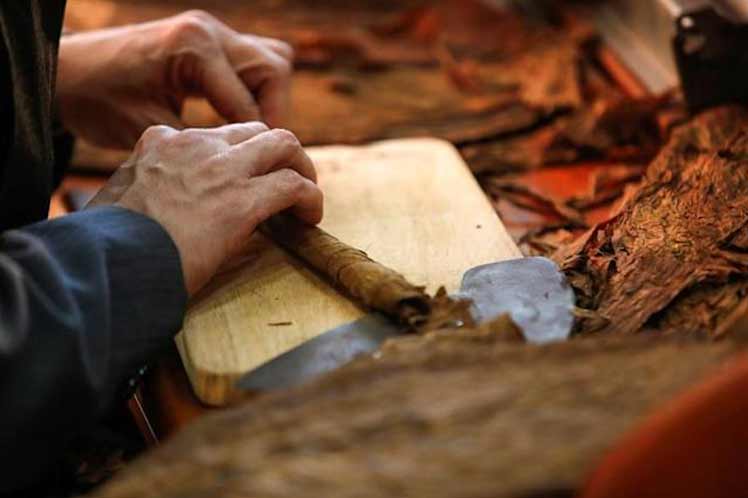 The Cohiba Year designation honors the 55 years of the cigar brand (first issued in 1966), the best of Premium cigars, not only in Cuba but around the world, according to experts.

As part of the reports published during the virtual celebration of the Habanos World Days, held from May 4 to 6, debates were conducted about the Cuban tobacco industry and the success of the Cuban cigars in spite of the impact of COVID-19, the organizers said.

Sales decreased by four percent in 2020 as a result of the fall in the countries that mainly depend on tourism and on the Duty Free and Travel Retail channels (in airports and ports), a situation that is expected to improve in 2021.

Habanos S.A. vice-presidents for trade and development, Leopoldo Cintra and José María López Inchaurbe, respectively, affirmed that 2020 was a ‘challenging year; a period in which capacity for adaptation, resistance and pro-activity made the difference.’

They also explained that Habanos S.A. adapted to the international situation and was innovative in achieving their commercial objectives.

According to officials, in regard to the company’s turnover, the first five markets included China, Spain, France, Germany and Switzerland. For the first time, the Asian giant became the world’s top buyer of Cuban-made Premium cigars.

By regions, Europe remains the first destination of the Habanos cigars, with 60 percent of the company’s volume of sales, followed by Asia-Pacific (16.2), Latin America (13.6) and Africa and the Middle East (10.4).

Other special brands are Montecristo, with Wide Edmundo and Partagás Gran Reserva Cosecha 2015 (Partagás Grand Reserve 2015 Vintage). Specialties will be available at the La Casa del Habano (Habano’s House) network of franchises and the Duty Free and Travel Retail channels, among others.

Habanos, S.A. is a world leader in marketing Premium cigars both in Cuba and worldwide and has an exclusive distribution network in over 150 countries, where 27 Premium brands are sold.

The Cohiba brand is the leader of the production and commercialization programs of the Cuban tobacco industry.

Cohiba was created in 1966 and for a long time, it was only given as a present to government personalities both from Cuba and abroad, until 1982, when it was introduced to the world market.

That famous brand is manufactured at the prestigious El Laguito factory, in Havana.