Message against US blockade on Cuba goes through Urals to Asia 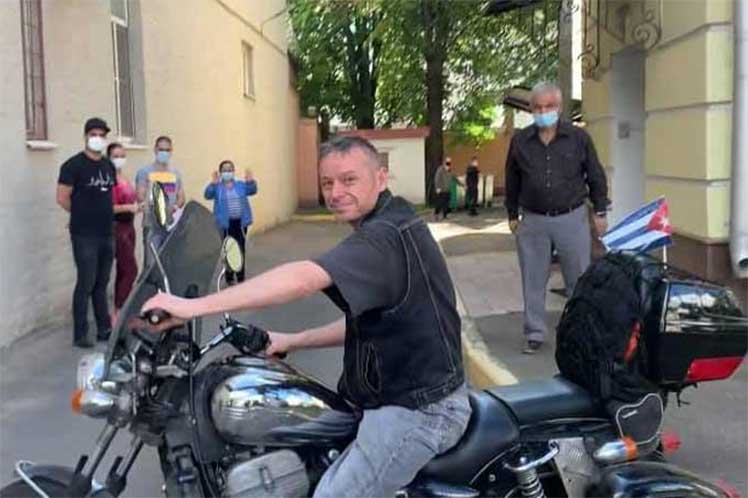 Message against US blockade on Cuba goes through Urals to Asia

Moscow, Jun 20 (Prensa Latina) A message against the United States blockade against Cuba is traveling on Sunday to the Russian city of Cheliabisnk, in the hands of Alexei Kuzin, who set off on a rally a week ago from this capital on his motorcycle.
Share on facebook
Share on twitter
Share on whatsapp
Share on telegram
Share on email

Located in the Ural Mountains’ eastern border with Siberia, Cheliabisnk will be the next stop of the activist, who is a member of Russia’s Friends of Cuba Society, whose purpose is to convey and bring to light the international repudiation against Washington’s policy on Cuba.

According to Lena Loshkina, head of the Russian Committee for the elimination of the blockade, on Saturday, Kuzin visited the city of Ufa, the capital of the Republic of Bashkorkostan, where he was welcome by members of the Comunist Party and the Left Front.

She noted that along with them, the Cuban flag and a ¨No blockade¨ poster held high went through the city, where they visited the Lenin Museum and the monument to the Heroes of the Revolution, and met with some friends of Cuba from that region.

¨Our solidarity motorcycle goes beyond the Ural mountains, from Europe to Asia. From now on, the distance between cities will be much bigger,¨ said Loshkina, who noted how there are more and more friends involved in the action on social networks.

The Russian activist is posting photos, videos and messages from Kuzin´s journey on her Facebook page and made a call for solidarity in favor of Cuba, a few days before the United Nations vote, on June 23, on the draft resolution against Washington´s hostility against Cuba.

Previously, the activist visited the city of Penza, where he met with members of the Communist Party and the Young Communist League from that major city.

Kuzin started his journey with Novosobirsk as his destination last Sunday, at the Cuban Embassy in this capital, where Ambassador Julio Garmendía showed his appreciation for the initiative and highlighted the multiple actions taken in Russia and the world to support Cuba and against the US blockade.