Geneva: Cuba calls for cooperation to deal with pandemic 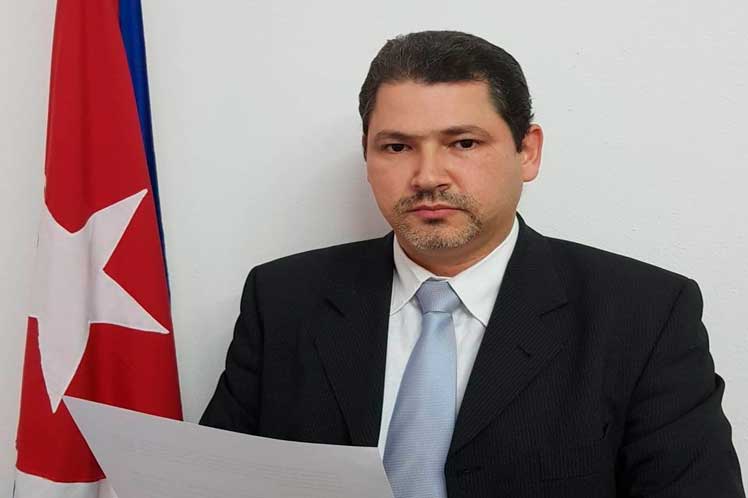 Geneva: Cuba calls for cooperation to deal with pandemic

‘We ratify that cooperation and solidarity will never be empty words for Cuba, but the way to successfully face the complex challenges that the human species has before it’, he stressed while intervening in an interactive dialogue on the State response to pandemics, within the framework of the 47th session of the Council.

The ambassador ratified here the island’s commitment to that vision and, in that sense, highlighted the support provided by Cuba to dozens of countries in the context of Covid-19, in which it has sent medical brigades to help combat it.

In his presentation, Quintanilla regretted that the report discussed at the event did not deeply address the impact of the criminal and unjustified unilateral coercive measures imposed in times of health crisis, particularly the current one.

In our case, the U.S. blockade, intensified to extreme levels, has demanded from Cuba greater efforts than any other nation to contain the effects of the pandemic, he denounced.

Donald Trump’s administration tightened the economic, commercial and financial siege against the island with 243 measures, 55 of these decreed in the midst of the impact of Covid-19, actions all maintained by his successor in the White House, Joe Biden.

According to the diplomat, despite the strengthening of Washington’s blockade, Cuba has guaranteed with its health system, universal and free at all levels, the response to the pandemic, based on a plan that made possible the recovery of 94 percent of those infected.

In addition, we have developed five vaccine candidates, two of which are at an advanced stage of clinical trials, which will make it possible to immunize 70 percent of the population before the next session of the Human Rights Council in September, he said.