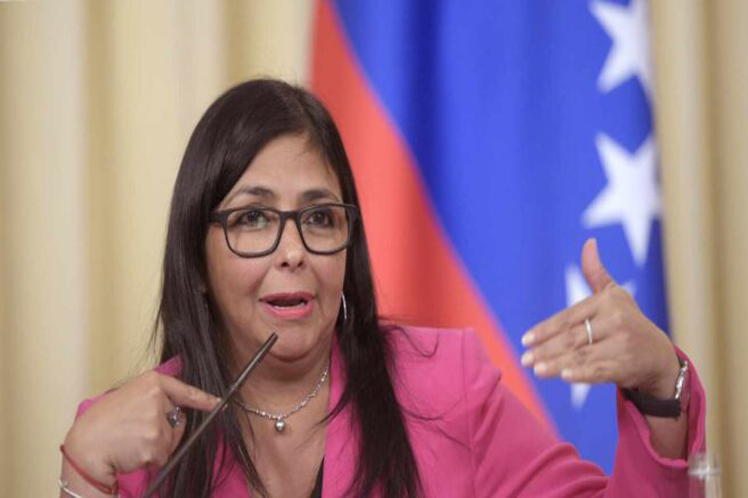 In statements to the media at the end of a meeting of the intergovernmental commission of the comprehensive agreement between both countries, the vice president ratified Venezuela accompanies Cuban authorities in the vote against the hostile policy of Washington, scheduled for June 23 at the United Nations.

The vice president held on Monday a working meeting with a delegation from Cuba, chaired by Deputy Prime Minister Ricardo Cabrisas, during which the parties reviewed bilateral cooperation relations.

Rodríguez indicated that Venezuela and Cuba maintain a constant review of the ties in various areas of strategic interest, and ratified the commitment to strengthen those ties in the face of economic aggression from the United States.

Cabrisas described the work schedule developed in recent days in the South American nation as intense, which yielded encouraging results.

He also asserted that cooperation between Venezuela and Cuba is proceeding despite the obstacles associated with the coercive measures implemented by the US government.

Faced with these punitive actions, the senior Cuban official emphasized that nothing and no one will be able to prevent the joint agenda, based on the ideas of the revolutionary leaders Fidel Castro (1926-2016) and Hugo Chávez (1954-2013).

In previous days, the also co-president of the intergovernmental commission exchanged with the sector vice-president of Economy and Minister of Petroleum of Venezuela, Tareck El Aissami.

Government representations emphasized that, in the midst of the difficult situation characterized by the confrontation with the Covid-19 pandemic, the priority of both governments revolves around the preservation of the health of their respective populations.

By virtue of the Comprehensive Cooperation Agreement signed in 2020, Havana and Caracas promote programs and projects in the areas of health, education, energy, science and technology, culture, defense, sports, among others, to boost their economies and well-being of their populations.