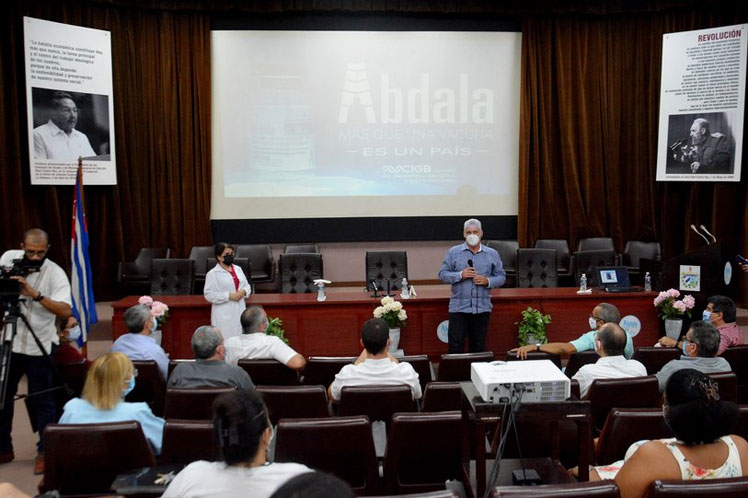 On his Twitter account, the president attributed this achievement to scientists’ effort, who, in 13 months, met the country’s request to find a ‘sovereign’ response to the pandemic, with five vaccine candidates, two of which, because of their results, are already considered vaccines.

That victory is only compared to the level of our sacrifices. And it is a clarion call from the poor of the Earth, a warning of the power of resistance, unity, devotion and love for the homeland so beautifully described in the verses of Marti’s poem Abdala, he said.

He also claimed that: This is our response to haters, those who block us, the violent and recalled that, on June 23, ‘Cuba will return to the podium of the UN General Assembly’ to denounce the damage caused by the US blockade imposed for six decades.

Let us see who will dare deny justice to our heroic island, he wrote under the hashtag #EliminaElBloqueo (#LiftTheBlockade).

On Monday, at a meeting between the president and experts from the Center for Genetic Engineering and Biotechnology, which developed the vaccine candidate Abdala, the media reported that it has a effectiveness rate of 92.28 percent.

Only 48 hours before, the Finlay Vaccines Institute, in charge of Soberana 02, had revealed that this vaccine candidate has an effectiveness rate of 62 percent after the second shot, in its three-dose schedule.

With these achievements, Cuba would have at least two vaccine candidates that exceed the minimum effectiveness requirements declared by the World Health Organization (WHO).