France ratifies rejection to extraterritoriality of blockade to Cuba 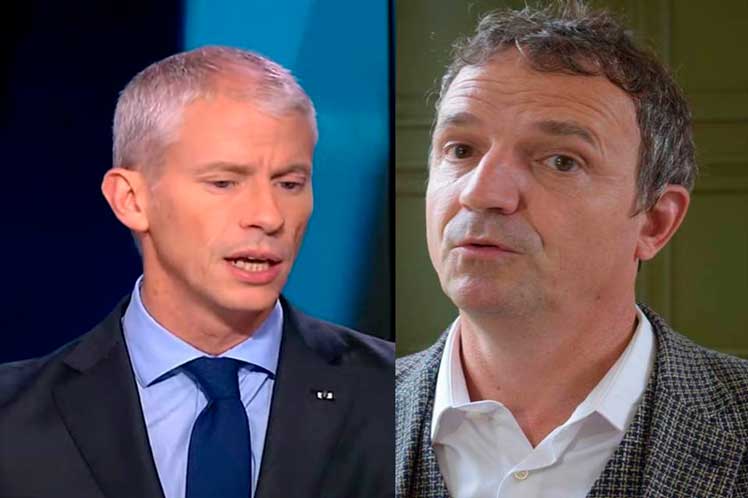 France ratifies rejection to extraterritoriality of blockade to Cuba

In a question and answer session in the National Assembly, with high-ranking government officials present, the delegate minister to the Embassy´s office, Franck Riester, underlined Paris´ position when asked by congress member Francois Michel Lambert, president of the France-Cuba Friendship Group in the Lower Chamber.

We had the chance to express to Cuban Vice Prime minister, Ricardo Cabrisas, during his visit this month,that we consider the extraterritorial actions an illegitimate and illegal practice, Riester specified.

According to the delegate minister in charge of Foreign Trade, France can not accept that ¨some powers, including certain allies¨, dictate who our companies can trade with, where to invest and what kind of exchange to keep.

However, he acknowledged that the country is vulnerable to such practices, in the case of the blockade to Cuba, it is seen through for example the Helms-Burton bill, meant to strangle the island´s economy by isolating it from the world.

Riester said in the National Assembly that the Government is committed nationally and in the European region to the reinforcement of the mechanism to protect companies and citizens.

The European Union (EU) is preparing a legal tool that in the next months will allow us to be in better conditions, with replies that could include tax imposition to key products from states that apply extraterritorial measures, he affirmed in the hemicycle.

As to the question to the Government about how France and EU will react concerning the blockade to Cuba, Lambert reminded that such policy has been applied for more than 60 years by democratic and republican governments, with a severe impact on all social and economic sectors.

The ecologist assembly´s member for the southern department of Rodano´s Mouth, also said, that Washington´s siege was strengthened during president Donald Trump´s administration (2017-2021) with 243 new measures, many of them during the pandemic and still in effect.

Sanctions affect all Cuban population categories, mostly the most vulnerable like children, women and the elder people, it has an impact on all sectors like heath care and it is the main obstacle for the island´s development, he condemned.

Lambert warned that the United states are violating with their policy International Right by blocking the entrance of medicine and equipment for human health.