Caricom stands for stopping US blockade on Cuba 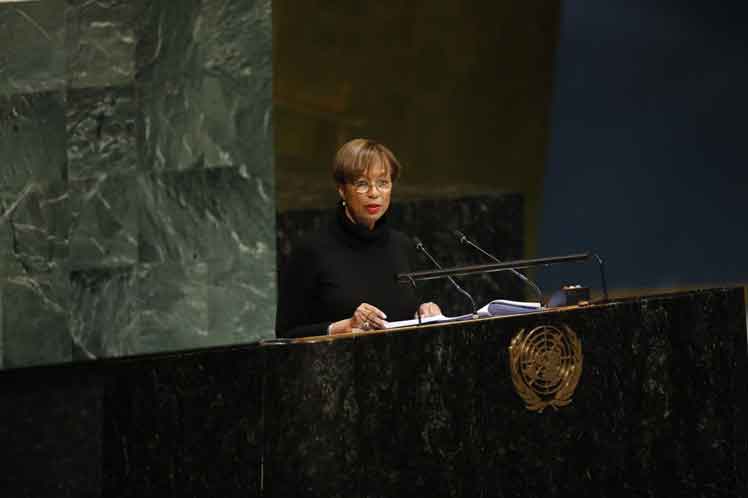 Caricom stands for stopping US blockade on Cuba

¨Like in the past, we reiterate our opposition and clear rejection to the imposition of unilateral coercive measures, and we will keep on calling for the immediate and unconditional termination of the blockade to Cuba imposed by US government¨, the permanent Haitian representative to UN , Antonio Rodrigue, emphasized on behalf of that regional block.

He also expressed the constant concern for the negative impact of that policy in the economic development of the Caribbean island and the general wellbeing of the Cuban people.

He reminded that group of measures imposed by Washington to Havana more than 60 years ago, is the object of repudiation from the majority of the international community and the public opinion, so, he demanded its termination in response to a legitimate concern from Caricom countries.

Rodrigue pointed out too, that the imposition of such coercive measures is a flagrant violation of the principles and purposes of UN Chart and international right defending the sovereignty of States, the no intervention in domestic affairs, and the right of peoples to their self determination.

Rodrigue highlighted the cooperation bonds between Cuba and the country members of Caricom, intensified as a result of years of active socioeconomic collaboration on fields like trade, health service, and the formation of human resources.

The Haitian diplomat highlighted Cuba’s help to Caricom countries in the context of the pandemic Covid-19 by sending health professionals to help local specialists.

Rodrigue pointed out that disease causes losses and important damages to the population and economy of Caribbean countries, therefore, the acknowledgment of Cuba’s medical assistance despite the limitations imposed by the blockade.

The diplomat put the example of Haiti, his own country, where more than 340 Cuban specialists help in the fight against the pandemic.

He expressed on behalf of his fellow countrymen and the Haitian government his gratefulness for that friendly gesture and solidarity cooperation, that in such hard times are more necessary than ever, he said.