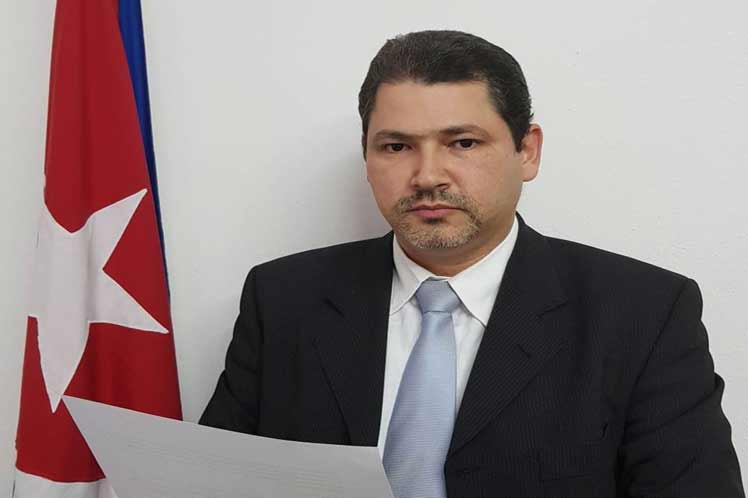 Cuban Permanent Representative to the UN in Geneva, Juan Antonio Quintanilla, also condemned the unjustified use of the right of asylum against some countries, during an interactive dialogue with the Special Rapporteur on the Human Rights of Migrants, Felipe Gonzalez, during the 47th session of the Council.

At the forum, the diplomat reiterated his country’s commitment to safe, orderly and regular migration that takes into account and respects the rights of the most vulnerable people in these processes, particularly women and children.

In this regard, he denounced the economic, commercial and financial blockade imposed by the United States on Cuba, which is an incentive for irregular migration.

Quintanilla also expressed Cuba’s concern about the situation of migrants who suffer discrimination and are victims of xenophobia, racism or intolerance in developed countries, despite the fact that these countries present themselves as paradigms in terms of human rights. ‘It is alarming that thousands of migrants are subjected to detention in precarious conditions, to cruel, inhumane and degrading treatment, and that minors are separated from their families, which is morally unacceptable,’ he denounced.

The Cuban ambassador on Thursday also took part in a debate with the Special Rapporteur on the Right to Education, Koumbou Boly Barry, during which he highlighted the use of the Cuban literacy method ‘Yo sí puedo’ (Yes, I can) in 28 nations and its adaptation to different languages and local and native traditions.

At the meeting, Quintanilla pointed out that Cuba is committed to public, free, secular, inclusive and universal education at all levels, including technical, university and postgraduate education.