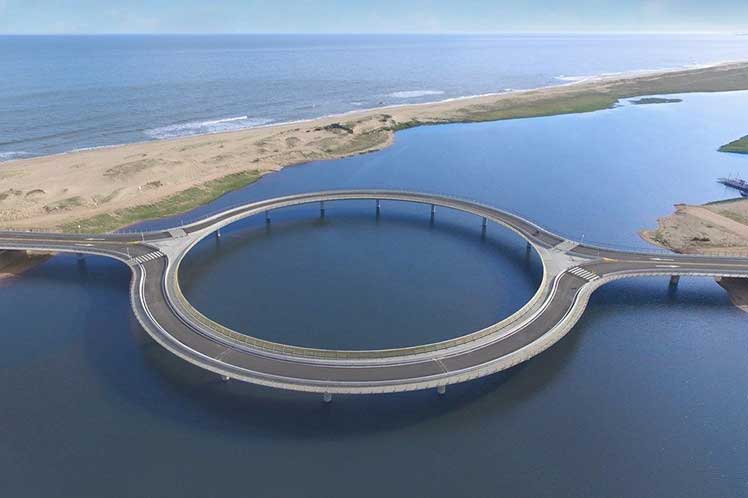 Montevideo, Jun 28 (Prensa Latina) Since Uruguay inaugurated its first toll bridge in 1858, a lot of water has flowed under such structures erected over time in a nation of mighty and overflowing rivers to link regions, departments and even countries, as in the case of Argentina and Brazil.
Share on facebook
Share on twitter
Share on whatsapp
Share on telegram
Share on email

The development of architecture, with its novel techniques, incorporated materials, aesthetic trends and utilitarianism, left behind that original walkway of arcades supported predominantly in stones to give way to dissimilar engineering works worthy of contemplation.

This is the case of the monumental 3,408-meter Libertador General San Martín, located over the Uruguay River, which communicates with Argentina.

There is another wavy and vertiginous as the Leonel Vera, and even the so-called ‘ghost bridge’ with its two kilometers in length, inaugurated in 1995 and never used because it is part of a dirt road rarely used.

But the jewel in the crown is the Laguna Garzón, and it may be the only circular one in the world, designed by Uruguayan architect Rafael Viñoly to reduce the speed of motor vehicles and thus allow passers-by to observe the natural wealth of the site.

It has pedestrian walkways and 830 meters of external and internal galvanized steel railings that go from one end of the site to the other.

Close to the mouth of the lagoon in the Atlantic Ocean, this bridge is an architectural wonder that reconciles with the environment and is totally new in Uruguay, since its ring shape supported by a series of columns allows the free flow of water and also the passage of boats, a typical element of the place.

The aforementioned work represents a milestone for the country, since it was a project postponed for 50 years and finally materialized in 2015, with the aim of joining the departments of Rocha and Maldonado, whose neighbors until then had to cross both shores by means of conveyor platforms.