Putin expects Russia to prevent another quarantine due to Covid-19 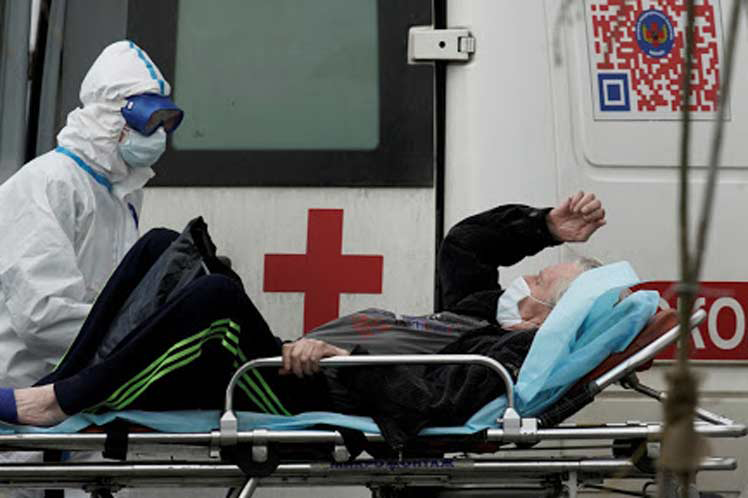 Putin expects Russia to prevent another quarantine due to Covid-19

During his appearance on the annual TV show Direct line, broadcast by Channel 1 on local television, the president indicated that he continues to oppose compulsory vaccination, but acknowledged that the decision by some regions to enforce it in certain working areas is within the framework of the law.

He emphasized that these measures will help face the advance of the Covid-19 pandemic, which in recent weeks grew in the country above the worst moments of last year.

The ‘actions of our colleagues in some regions are aimed at avoiding the need for a quarantine, in which entire companies are closed and people are left without their jobs, without their wages,’ Putin said.

Regarding vaccination against the coronavirus, the president warned that around 10 percent of immunized people later suffer from Covid-19, but without serious consequences.

He added that people in his close circle got sick after the vaccination, but they endured it.

Putin reported that 23 million Russian citizens have been vaccinated against the coronavirus and there were no tragic consequences from the vaccines.

‘In fact, they have asked me not to say which vaccine I received so as not to create competitive advantages for one or the other,’ Putin commented on the program, but he pointed out that there were many questions on the subject.

Russian health authorities reported 669 deaths due to Covid-19 on Wednesday, the highest number since the outbreak of the pandemic in the country, for a total of 135,214 deaths and a mortality rate of 2.45 percent.

Right now, 378,992 people are still under treatment in Russia.