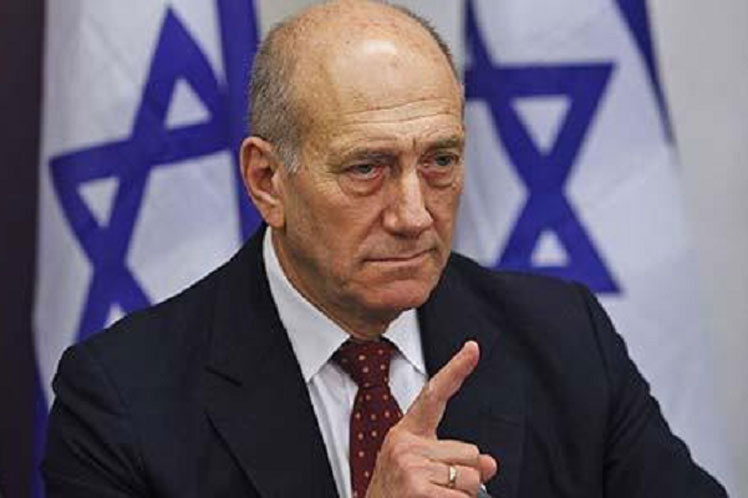 An attorney for Olmert on Sunday submitted a defense letter to a lawsuit filed by ex-premier Benjamin Netanyahu´s family members, claiming NIS 837,000 (some US$257,000) in damages for Olmert´s obsessive efforts to harm their good name in public, out of jealously and deep frustration.

In addition to citing a number of procedural arguments for dismissing the suit, Olmert doubled down on his claim that Netanyahu, his wife Sara and eldest son Yair have mental health issues and need treatment.

He called for them to hand over their medical records to the court and undergo psychiatric evaluations, while claiming the claim reflected widespread opinion in both Israel and abroad, ‘particularly among world leaders.’

‘In his view and certainly in the context being discussed, the conjunction ‘mentally ill’ is not a derogatory term at all,’ the letter, signed by his lawyer Amir Tytunovich, said. ‘The defendant would not conceive of uttering this conjunction to curse, humiliate or insult anyone, particularly the plaintiffs.’

It added: ‘The defendant’s remarks were made innocently out of real apprehension over the State of Israel’s future.’

The letter also appeared to take several personal swipes at Netanyahu and his family, charging that they ‘are not known for paying with money from their own pockets’ and noting his predecessor is no longer premier, as he is referred to in the lawsuit.

Olmert, who led the Kadima party, served as premier prior to Netanyahu, leaving office in 2008 before being formally indicted on corruption charges. He was convicted of fraud in 2014 and served 16 months of a 27-month prison sentence.