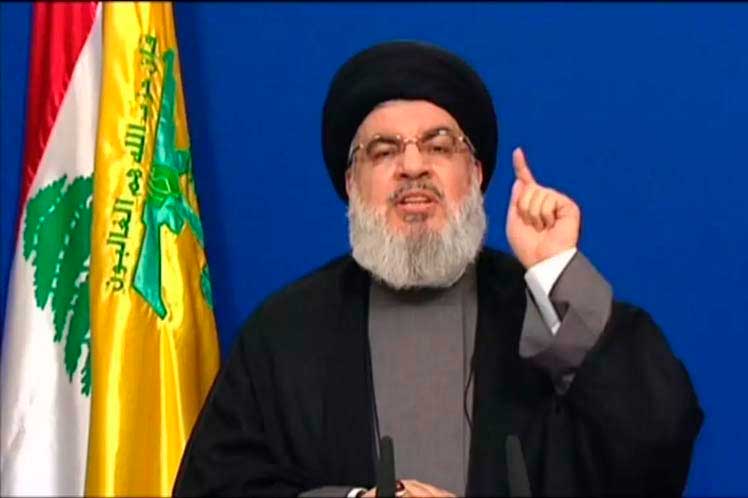 The main cause of Lebanon’s crisis is US policy, he summarized.

Although the Lebanese governmental impasse derives from the regime itself, he said Washington policy besieges and prevents any help.

‘Isn’t it the US government thwarting Lebanon’s banks from bringing in money overseas, or from obstructing China’s or Russia’s aid to Lebanon?’ he asked.

Some Lebanese politicians fear that the White House will put them on its sanctioned list, he indicated, and in the meantime the country is on the road to collapse.

In Nasrallah’s view, by blocking dollars, Washington intends to cause Lebanese citizens to reject the Islamic Resistance.

‘Wrong policies are among the causes of the crisis in Lebanon, but the United States is the main reason since it is a partner and accomplice of the corrupt in Lebanon,’ he pointed out.

The Lebanese people should not lose sight of the fact that the US government is the one threatening sanctions and hindering any aid from the East.

‘There are important companies that want to invest without any cost to the Lebanon State, but they are told no for fear of the Americans,’ he noted.

The US embassy in Beirut is complicit in the national crisis, Nasrallah deemed, and its head (Dorothy Shea) sheds crocodile tears, i.e., feigns pity for Lebanon, ‘when her government prevents any country in the world from giving us aid,’ he concluded.