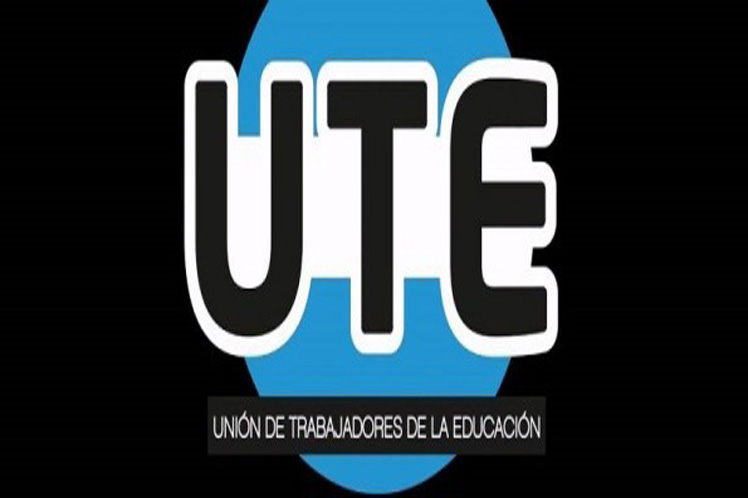 Since the Buenos Aires government decided to reopen the classrooms in one of the most delicate moments of the Covid-19, teachers gathered in that and other unions have denounced the arbitrary and unnecessary political decision and, among other things, demand the delivery of devices and connectivity for students.

In a statement, the UTE specifies that from today they will be on a new day of struggle ‘against the health denial of Governor Horacio Rodríguez Larreta.’

He also pointed out that while the city government continues with its reopening policy, two education workers and a student joined the tragic list of school personnel who died exercising their activity on-site in the pandemic.

The teachers emphasized that the low temperatures typical of this time of year, are felt in Buenos Aires schools, where days in classes are spent in terrible conditions and in spaces without heating.

‘We reaffirm that with cold it is not possible to teach or learn. We will carry out district activities during this week such as tributes, open radio and caravans’, that union said.

There are several demands from the capital’s teachers, including strict compliance with protocols and suspension of attendance while epidemiological and climatic conditions are not present, as well as connectivity and devices to support the virtual link.

Last week, UTE members carried out several protest actions, including a kind of ‘blanket demonstration’ to denounce the lack of heating in various schools and presented a map of the schools that are in these conditions.

Also, together with other unions such as the Association of Teachers of Secondary and Higher Education, they demanded the opening of a Working Conditions and Salaries Table in the Ministry of Education, in the face of the decrease in purchasing power due to inflation in the capital.