They admit a rebound in the Covid-19 pandemic in Mexico 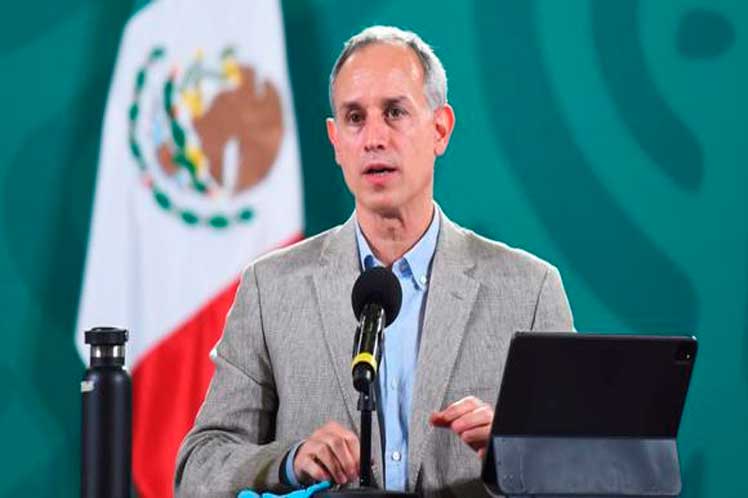 They admit a rebound in the Covid-19 pandemic in Mexico

In the daily morning press conference of President Andrés Manuel López Obrador, devoted as every Tuesday to health, the official said that the vast majority of affected people recover in good condition without the need for hospitalization. He explained that even though this third wave is real and grows by that percentage, hospitalizations and deaths increase more slowly and in a more controlled way.

He said that this is due to vaccines, which have as a main effect the possibility that an inoculated person faces the serious disease in better conditions. There is 20 percent occupancy for general beds and only 10 for therapeutic ones, he added.

Starting from today, he announced, the registry was opened for all Mexicans over 18 years of age, which means that the final push to inoculate the 118 million adults is about to begin.

Infections remain on the rise, with 22 percent until week 25 compared to the previous one. The number of people carrying the SARS-CoV-2 virus and with the potential to transmit it, was reduced by just over three thousand compared to those reported yesterday (Sunday), for a total of 39 thousand 889.

Regarding the vaccination, he reported that yesterday 118 thousand 734 doses were applied, and 32.6 million people have been inoculated, of which 19 million 861 thousand 575 already have the complete scheme.

This week 1,232,830 vaccines will arrive in the country from the American-German laboratories Pfizer-BioNTech (232,830) and one million from the Chinese company Sinovac.

López Obrador, for his part, described the rebound as small, nothing serious, but it does exist, especially in the young population and, most important of all, there are no deaths and that marker has dropped considerably.

He called for everyone to be vaccinated because, he said, in this new wave it has been shown in the United States that most of those who have died were not vaccinated.