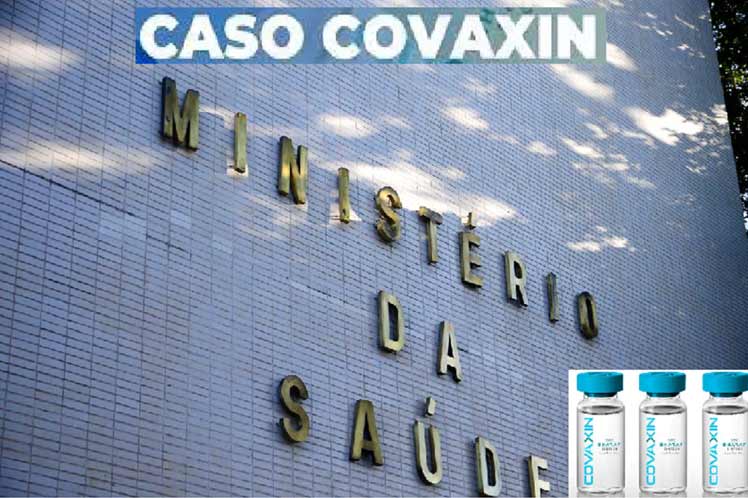 According to journalist Bela Megale, from the newspaper O Globo, the magistrate affirmed that if the answers and documents on the acquisition of the drug are not sent to court within 10 days, without due justification, it will constitute a ‘serious irregularity’.

‘In the statement signed on Monday, Zymler reiterates questions that were not answered correctly by the Health office and asks new questions’, the note said.

In addition, ‘he requests documents on a meeting between representatives of Bharat Biotech, Covaxin’s Indian producer, the company Precisa Medicines, which mediated in the purchase with the Brazilian government, and members of the Ministry of Health held on November 20 last year’.

The Senate commission that evaluates the government’s performance in the face of the pandemic (CPI) will hear this Tuesday Regina Célia, an official of the ministry responsible for authorizing the import of Covaxin.

The bill generated by the purchase contained fewer doses than those agreed upon, the determination of the advance payment and the name of an intermediary company that was not in the contract, the brothers revealed.

According to Ricardo Miranda, the first two irregularities were corrected after being identified, but the bill remained to the name of the intermediary company Madison Biotech, based in Singapore.

legislator for his part reported that he took the case to President Jair Bolsonaro, who showed knowledge of the pressure in favor of Covaxin and affirmed that the person responsible was Ricardo Barros, head of the government in the Chamber of Representatives.

The requests for the convocation of the official were presented by Senators Humberto Costa and Alessandro Vieira.

For Costa, listening to Célia will be ‘essential to clarify suspicions of corruption’ surrounding the Covaxin contract.

The CPI was created to investigate the performance of the Executive Branch in the face of the virus, which to date has claimed 525,112 lives lost and 18,792,511 infected.