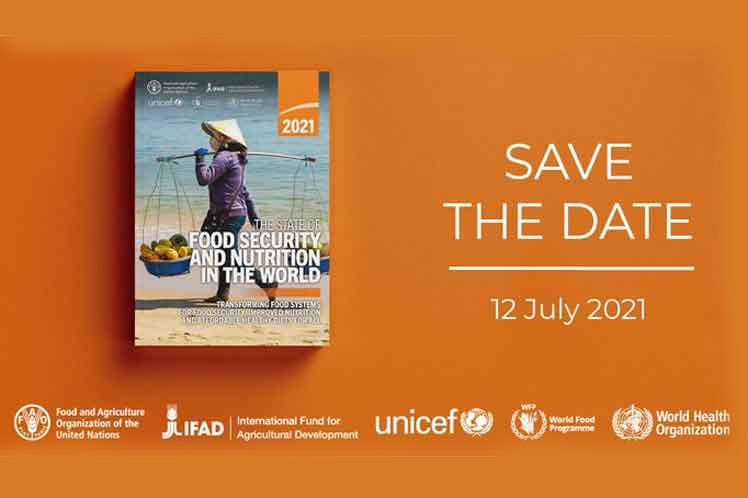 ‘Transforming food systems in food security, improved nutrition and affordable healthy diets for all’ is the theme of the annual document, scheduled for publication months before the United Nations Summit on Food Systems in September.

SOFI 2021 is the first comprehensive global assessment of hunger and food insecurity since Covid-19 emerged and collects the most recent statistics on the nutrition of children and adults, FAO said in a statement promoting the event.

He also announced that the text includes estimates on nutrition indicators and forecasts on the number of undernourished until 2030, as well as recommendations on policies to transform agri-food systems with proposals to win the game against hunger.

In addition, it will feature a special presentation by Agnes Kalibata, special envoy of the UN Secretary General for the 2021 Food Systems Summit, who will share her vision for such an important event.

In the world, billions of people are deprived of access to the cheapest healthy diet; the number of undernourished is growing, while progress against stunting in children is slowing down and overweight and obesity in adults is increasing in both rich and poor countries, FAO said in its statement.