Riots in Cuba are part of a deliberate ongoing plan 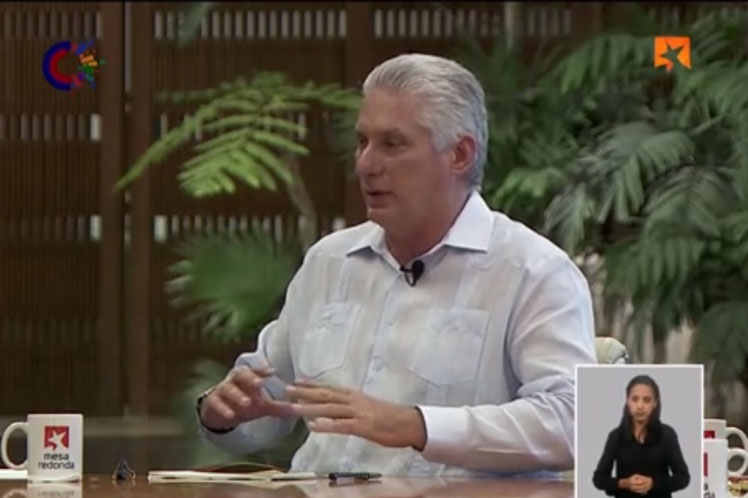 Riots in Cuba are part of a deliberate ongoing plan

In a national radio television hook-up, the president pointed out that the riots involved people who responded to a foreign plan against the Revolution, who thought of the designs of the United States when they carried out a provocation, he explained.

Also involved were citizens who acted like criminals, other dissatisfied people who got confused.

He pointed out how this attitude contrasted with those of other members of this population group linked to the main tasks of the country, and gave as an example the confrontation with the Covid-19 pandemic.

That Sunday there were vandalism demonstrations, disorder, attacks to the security forces, he illustrated.

There were acts against the current Constitution of the Republic, endorsed in 2019 by more than 86 percent of the population, which must be respected, the president emphasized.

The head of state mentioned the willingness to make a critical review of the difficulties in the country in order to be able to act and avoid the repetition of these situations.

He referred to the need to improve the mechanisms to attend to the most vulnerable groups and to strengthen social programs, such as those encouraged by the historic leader of the Revolution, Fidel Castro.

Díaz-Canel insisted on the importance of prioritizing strategies at the community, social and individual levels, and always acting in the most humanistic and transformative way possible, with sensitivity, and providing a timely response.

In this sense, he advocated strengthening the work of neighborhood organizations and institutions, issues discussed at the 8th Congress of the Communist Party of Cuba, held last April.

The balance of the events since July 11 was one death, dozens of injured people, many of them from the part of the people who tried to prevent the vandalism and defended the tranquility of the citizens, and material damages due to attacks to public institutions.

According to authorities and specialists, Cuba is the target of a hybrid war of U.S. design in times of the Internet, which through the creation of false accounts in social networks and the use of computational tools achieved the artificial amplification of a campaign against the Government.