Russia called on the US to quit interference in Cuba 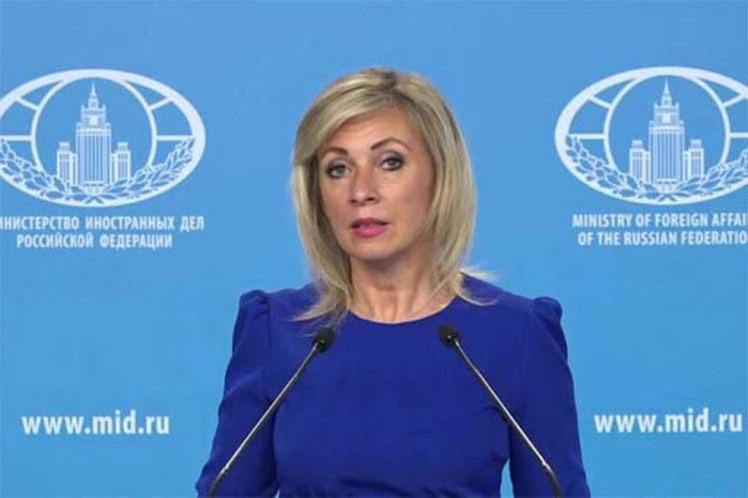 Russia called on the US to quit interference in Cuba

‘We urge Washington to finally adopt an objective position, get rid of the hypocrisy, the double standards. Let the Cubans, their government and their people realize what is happening and decide their own destiny’, the diplomat said in exchange with the press.

‘One thing is needed from the United States and its followers: not to interfere in the affairs of a sovereign state’, the representative of the Russian Foreign Ministry emphasized.

US official statements in relation to the latest events in Cuba, she said, were perceived with confusion.

‘With surprising cheekiness, the US side at all levels, including the official statement in the information session of the State Department on July 13, portrays the events in Cuba as a consequence of government errors’, she denounced.

She described as ‘Washington’s particular cynicism’ the attitude of the White House that throughout the entire period of the Cuban revolutionary process, it deliberately tried to strangle the country, discriminate its people and destroy the economy.

The Russian diplomat called attention to the cost for Cuba of the economic, commercial and financial blockade of the United States against the island and its upgrading to the rank of national legislation with the extraterritorial application of strict restrictions imposed by the Helms-Burton Bill.

‘What about the policy of endless and absolutely illegal sanctions, including the most basic consumer goods, food and medicine?’

Zajárova asked how to assess the inclusion of Cuba for purely political reasons, in certain lists of the State Department, linking the island with terrorism, which hinders the full integration of the country in world political processes.

Washington, she recalled, intensified discriminatory measures against Cuba in the context of the global epidemiological disaster caused by the Covid-19 pandemic, when the world requires reconciliation and cohesion of efforts.

She clarified that the United States speaks of the humanitarian needs of the Antillean nation, ‘but in the name of its own selfish interests, it takes the matter to an escalation of tension and confrontation’.