Cuban youngsters ratify their support for the Revolution (+Photos) 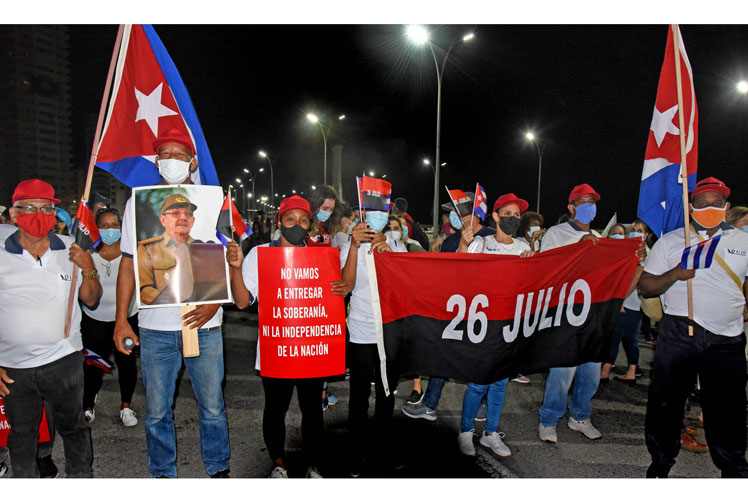 Cuban youngsters ratify their support for the Revolution (+Photos)

Havana, Jul 17 (Prensa Latina) Cuban youngsters on Saturday ratified their support in defense of the Revolution, and rejected the media campaign that accompanies the destabilization attempts orchestrated from abroad against Cuba.

In a political-cultural event with over 100,000 people, led by Army General Raul Castro and President Miguel Diaz-Canel, the second secretary of the Young Communist League (UJC), Aylin Alvarez, described as sinister the plan that aims at putting an end to the nation’s project.

At Havana´s malecon, Alvarez condemned hate and petty interests that seek to turn the streets into scenarios of violence, destruction and death, and snatch peace and solidarity from the citizens.

The leader assured that in the face of aggressiveness and attempts of interference, lies and double standards, Cubans will defend their sovereignty. 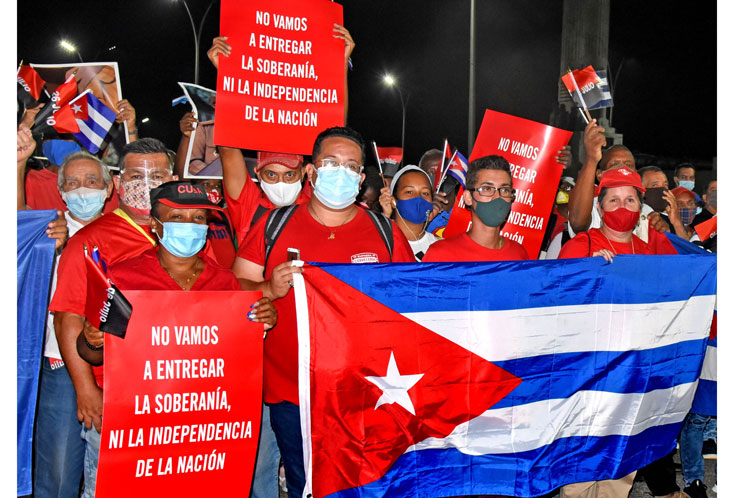 ‘We are not naive, nor are we fools; it is not possible wishing the best for Cuba and at the same time trying to smother it,’ she emphasized.

Alvarez rejected the US economic, commercial and financial blockade, which has been in force for almost six decades, deemed as the main obstacle for Cuba´s development.

UJC´s second secretary said it will be only feasible to move forward if we work in peace for harmony and unity, and stressed the importance of maintaining dialogue and respect.

‘Principles will be never negotiated’ and ‘in those efforts to save the Homeland you can count on youngsters,’ she said. 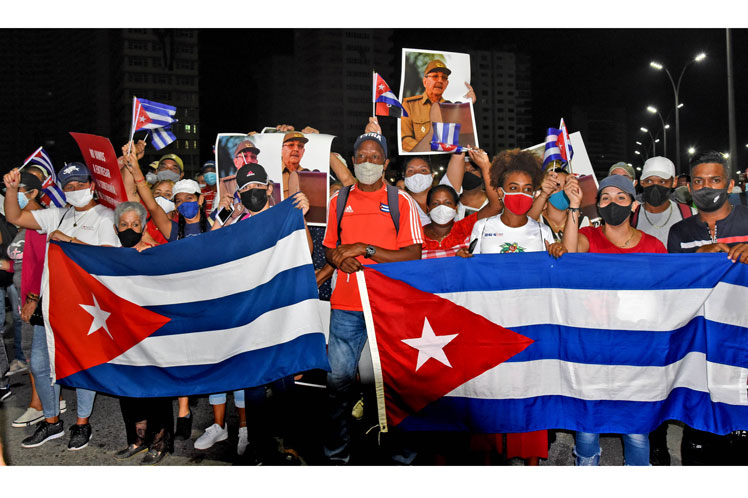 According to authorities and specialists, Cuba is the target of an unconventional war including the use of sophisticated technologies and the dissemination of fake news to generate disorder, instability and protests.

This week, Cuba’s Minister of Foreign Affairs Bruno Rodriguez accused the US government of using those tools and the manipulation of data to trigger disorder.

On July 11, riots occurred in different points of the national geography, in response to which the people came out to defend their Revolution to counteract destabilizing attempts.