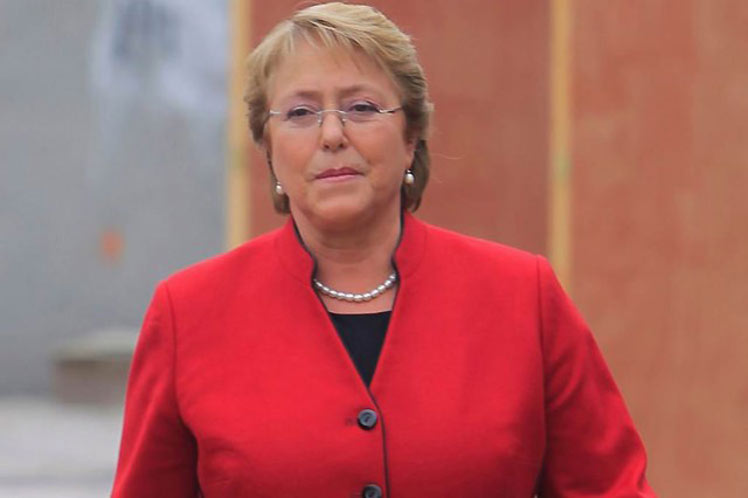 Despite those violent images of robbery in stores, injuries to law enforcement officers and the overturning of patrol cars, which are circulating in the media and social networks, the Chilean-born official demanded the release of all prisoners.

According to Bachelet, who was criticized for her silence in the repression of protests in Chile in 2019, those were people exercising their right to freedom of peaceful assembly or freedom of opinion and expression.

‘It is of particular concern that among them are people allegedly held incommunicado and people whose whereabouts are unknown. All persons arrested for exercising their rights must be released as a matter of urgency,’ she stated.

Likewise, she also called for an independent, transparent and effective investigation, and deeply regretted in the context of the protests in Havana the death of a protester with a criminal record compiled by local authorities.

‘I urge the government to address the demands of protesters through dialogue, and to fully respect and protect the rights of all people to peaceful assembly and freedom of opinion and expression,’ Bachelet noted.

The UN High Commissioner reiterated her call for the lifting of unilateral sectoral sanctions, given their negative impact on human rights, including the right to health, in what appears to be a call for the elimination of the blockade without mentioning the United States, which has maintained that policy for over 60 years against Cuba.

Beyond the internal discontent, self-critically acknowledged by Cuban President Miguel Diaz-Canel, the government presented numerous proofs on the incitement to violent protests to justify a rise in the aggression of the White House against Cuba.

During the administration of Republican President Donald Trump, over 240 measures were imposed to accentuate hostility against Cuba. Some 50 of those actions were established during the Covid-19 pandemic.