ALBA-TCP denounces interference by NGOs in some countries 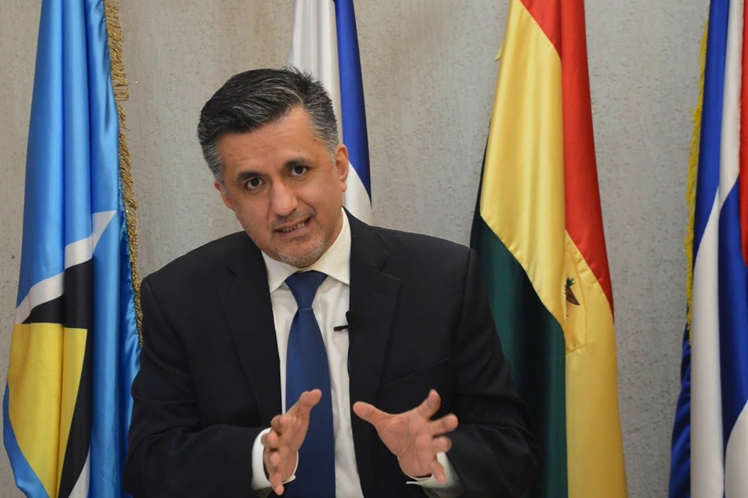 ALBA-TCP denounces interference by NGOs in some countries

‘NGOs that act without authorization, meddle in internal affairs and receive, directly or indirectly, resources from other States, cannot be considered Non-Governmental.

They are parastate entities that commit acts of interference, violating the Charter of the United Nations Organization, the official wrote on Twitter.

LLorenti explained the position of the regional entity with respect to the work of some of those organizations in many Latin American countries, which became catalysts of destabilization processes.

In the case of Venezuela, the Bolivarian Executive repeatedly denounced the role of NGOs such as Fundaredes, whose officials are engaged in fabricating false positives, espionage and other actions against the nation.

Last week, the president of Fundaredes, Javier Tarazona, was arrested for his alleged links with criminal gangs that carried out violent clashes in the southwest of Caracas.

Meanwhile, Ricardo Menendez, Sector Vice President for Planning, in recent statements to Prensa Latina, on the current situation in Cuba, pointed out that the known humanitarian aids are also part of the script successfully applied by the United States and other occupying nations in some countries.

The fact of making humanitarian aid visible as candid acts of impolite actors who pretend to generate order, is an experience in countries at war, where sides in conflict introduce NGOs, disguised as impartial protagonists and in this way penetrate and corrupt the schemes of the institutions, the high official clarified.

China warns US about consequences if Nancy Pelosi visits Taiwan

The role of Prensa Latina, Telesur against media warfare acknowledged

China warns US about consequences if Nancy Pelosi visits Taiwan

The role of Prensa Latina, Telesur against media warfare acknowledged