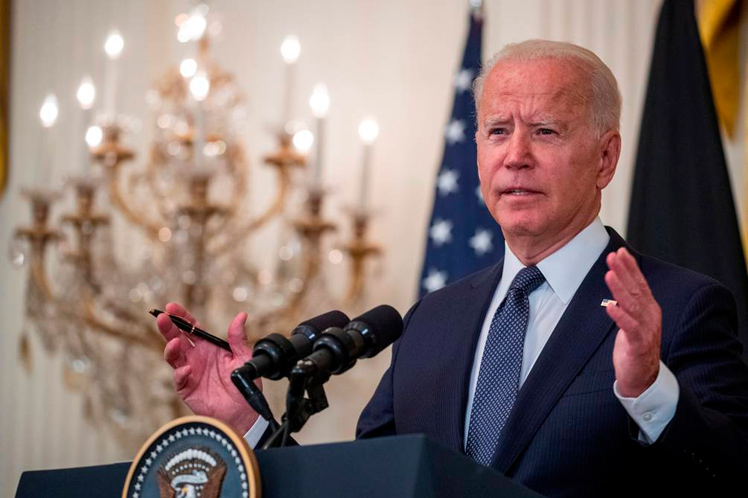 Written by Ramona Wadi, journalist and independent researcher, the report deals with the latest events in Cuba, Washington’s involvement and the aggression faced by the Antillean nation.

The analyst pointed out that the assumption that military intervention would solve the situation in Cuba only illustrates how the interests of anti-Cuban groups in Miami are aligned with those of the United States.

The assessment points out that while protests broke out on the island due to shortages of basic necessities, the decades-long illegal blockade on Cuba ceased to be part of the narrative of the media.

Meanwhile – he added – due to the blockade and Covid19, the island’s economy contracted further; however, the US government also continued its funding of anti-government groups, only their intentions are not democratic, despite what the mainstream propaganda spreads.

Wadi unmasks the compass of the U.S. rulers in their policy against the Cuban people, which was aimed, among other objectives, at accentuating economic deprivation, provoking hunger, desperation and the overthrow of the government, he said.

President Biden was not particularly forthcoming on Cuba so far and built his policy on the foundation of the Trump administration and plays the humanitarian card to foment political unrest.

If the U.S. did not relent in its repressive tactics, there is nothing to suggest that the people would trade one rule of law for another that sought its downfall, to rebuild Cuba as the U.S. playground reminiscent of the days before the Cuban revolution, Wadi stresses in his approach.

For his part, Iñaki Etaio, a Spanish expert and analyst estimated that the U.S. blockade strained the living conditions of the population, stoked unrest and discontent among sectors of the society on the island.