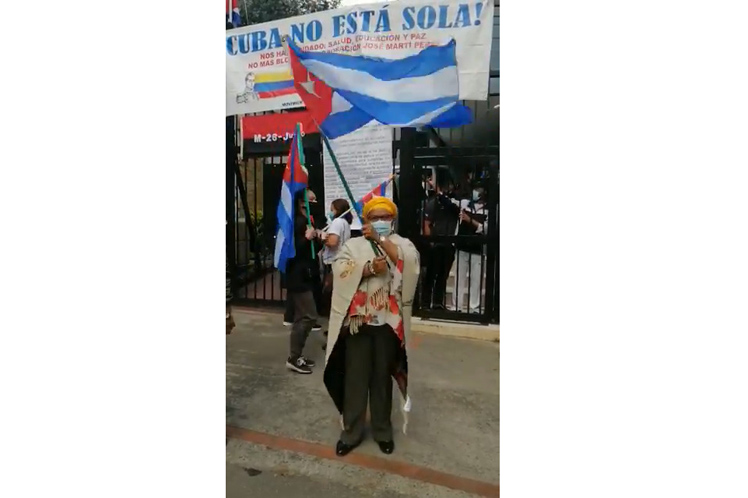 Sandino, in response to the article, noted that it is commonplace to discredit the process of the Cuban Revolution as a democratic regime, without first specifying the category of democracy.

‘I distance myself from those formal conceptions of democracy and the value judgments derived from them because, far from contributing to the necessary sovereign democratization of our Latin America, they cotribute to the offensive of the right wing, reinforcing the most authoritarian and retarded sectors,’ she stated in the aforementioned newspaper by exercising her right to reply.

Any approach to Cuba’s situation must start with an analysis of the US criminal economic blockade, which has been in force for 60 years, and of the history of subjugation, dependence and US intervention in the Caribbean, she commented.

In such reality, the revolutionary process initiated in 1959 burst in, building an alternative model to capitalism with the characteristics of the Caribbean peoples, she highlighted.

For Sandino, the government, which is described as a dictatorship, overthrew a repressive and corrupt dictatorship, and opened a process of political and social democratization.

‘Thanks to that model (…) Cuba maintains its political, economic, cultural and scientific sovereignty 200 miles from its greatest geopolitical enemy, the first military power on the planet,’ she underscored.

‘Democracy is more than ritual elections, and demands the guarantee of rights for the entire population,’ emphasized the signatory of the Peace Agreement between the former Santos government and the then Colombia’s Revolutionary Armed Forces.

Cuba, as the whole world, is suffering the ravages of the global crisis aggravated by the pandemic and multiplied by the US economic blockade, she warned.

The signatory noted that the Cuban people has made an enormous effort in the creation and manufacture of its vaccine candidates, the medical missions to the world and the care of its population in health and social terms.