Bridges of Love Project urges to reveal truth about Cuba 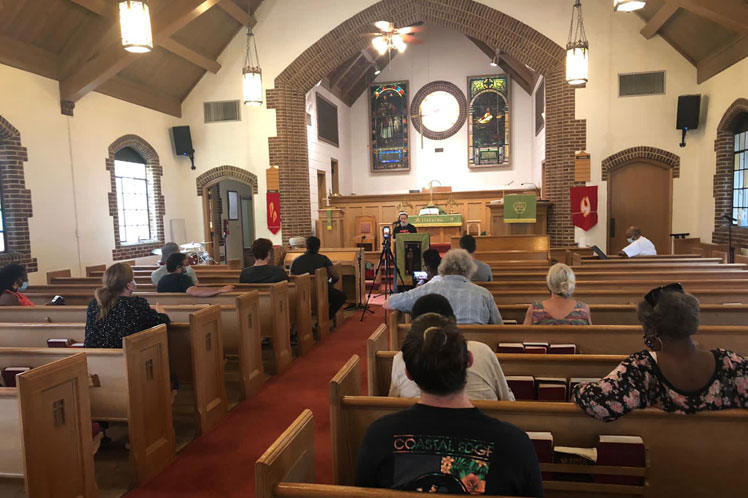 Bridges of Love Project urges to reveal truth about Cuba

Along with a group of Cuban-Americans, the activist on Monday arrived in Richmond, Virginia’s capital, as part of his over 2,000-kilometer walk to Washington DC to demand that US President Joe Biden lift the sanctions against Cuba.

Lazo participated on Monday evening in a conversation arranged in a Methodist Church in Richmond, where he spoke about his personal history and the reasons that led him to Bridges of Love and his efforts in favor of the Cuban family.

At the meeting, there was a group convened by right-wing reactionary sectors that also presented their opinions. Both sides passionately discussed Cuba’s history, and at the end, the audience could see which side love was on, Lazo told Prensa Latina via WhatsApp.

‘Although everything was quite respectful, one or two persons made threats and offended us, I also hated and I know that you can come back from hate,’ the Cuban-American professor expressed.

Another participant at the conversation said that Cuba is setting an example to the world; therefore, the country is the target of cruel policies and sanctions, he noted.

Present at the rally were humble people, youths, Afro-Americans, whites, and the exchange of viewpoints with them was very fruitful, the activist considered.

Members of the Bridges of Love’s pilgrimage toured the historic areas of the city and met with The Virginia Defenders, a community group focused on fighting social injustices and inequities.

Virginia is a very wealthy US state; however, it has a 25-percent poverty rate, especially among the African-American population, Lazo highlighted.

After the tour through Florida, Georgia, South Carolina, North Carolina and now Virginia, Bridges of Love’s activists will continue the march towards its final destination: Washington DC.

On July 25, they will gather in front of the White House to ask President Joe Biden to keep his word, and lift the blockade and sanctions against Cuba, especially the 243 measures imposed by his predecessor, Donald Trump.

The online petition backing that claim (available at www.puentesdeamor.com) already has received over 27,000 signatures, and Lazo is convinced that the Bridges of Love between Cuba and the United States will one day materialize.