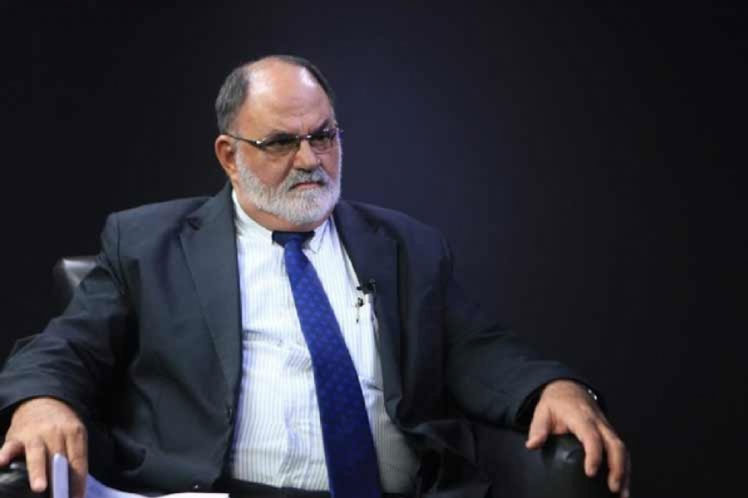 Brasilia, Jul 20 (Prensa Latina) Counterrevolutionary projects recently shown in Cuba could seek nowadays to hide the victories of that people in the United Nations against the United States blockade or of being the first country in Latin America to produce its own vaccines against Covid-19.
Share on facebook
Share on twitter
Share on whatsapp
Share on telegram
Share on email

Cuban Chargé d’Affaires in Brazil Rolando Gomez denounced so in an article published by the powerful media group SBT News.

Gomez affirmed that what happened on July 11 in Cuba ‘was the result of a political action carried out from abroad, greatly magnified in all social networks and the Internet, in general, but confronted with the support and participation of the people and a minimum of police force which in any State of law is necessary to enforce the law.’

The diplomat pointed out that he has ‘absolute tranquility and confidence that those events will not be repeated and that our people and our nation have all the possibilities to overcome them. An example is the calmness of citizens and the normal functioning of Cuba.’

For Gomez, ‘the US Government and the enemies of the Cuban Revolution in that country opportunistically took advantage of the effects of the latest wave of the Covid-19 pandemic and shortages, and the tightening of the US genocidal blockade.’

Everything, he noted, ‘to try to provoke chaos in Cuba and fracture the social order and the calm of citizens. Methods used in other countries.’

The diplomat warned that ‘days previous the vote in the UN on June 23, when the Cuban resolution against the US blockade was approved by 184 votes in favor, calls for violence in Cuba began to be made in the United States, even for the assassination of President Miguel Diaz-Canel.’

Afterwards, the political and media aggression emerged, including disinformation operations, financed by federal and covert funds in the United States, he stated.

Gomez acknowledged that on July 11 there were disturbances, disorders on a limited scale generated by a mega political-communication operation even at the price of violence. Those incidents are condemnable and rejected by the overwhelming majority of our people, he said.

He insisted that those acts ‘did not succeed in producing a social outburst because the majority support our people for the Revolution and its government. They did not achieve the purpose of war they desired and encouraged with great force.’

In those disturbances, the diplomat pointed out, ‘they contemplated punishable actions by common criminals, which our people reject, and they tried to manipulate people and trigger pseudo movements to accomplish a failed political opposition.’

According to Gomez, ‘what is at stake is the sovereign right of a people to exercise self-determination without foreign interference, the alternative to ensuring peace and calm, stability and security in the face of a foreign power that is trying to subjugate us and determine our fate.’