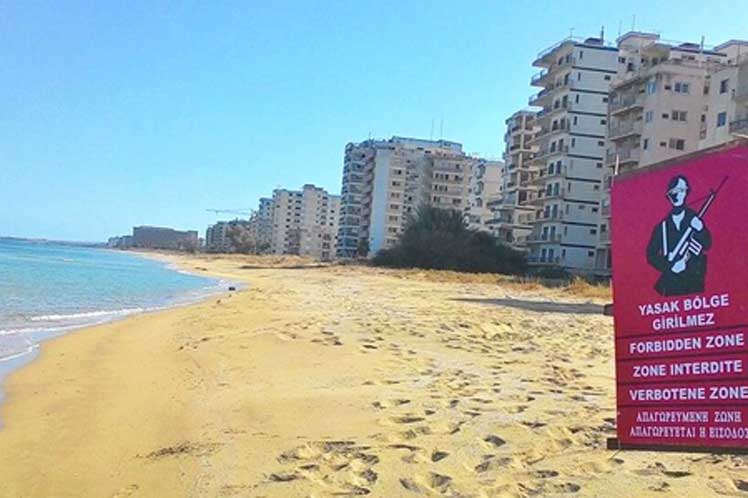 Ersin Tatar, prime minister of that town recognized only by Ankara, announced the lifting of the status of military zone in the city of Famagusta, where Varosha is located.

During a speech on the anniversary of the Turkish occupation and in the presence of the president of the Eurasian country Recep Tayyip Erdogan, Tatar assured that 3.5 percent of Varosha will be opened and priority will be given to its former Greek Cypriot owners to present their demands for return. or compensation.

The action was condemned and classified as illegal by the Hellenic Foreign Ministry through a statement.

Turkey must immediately put an end to its provocative behavior and act in compliance with international law, the note highlights, adding that the provocations will not go unanswered.

Differences over the status of Cyprus are part of the historical dispute between the two nations, also facing issues such as migration and exploration for hydrocarbons in the Mediterranean Sea.

Erdogan insists that the only viable solution for that Mediterranean island is to establish two states, while Athens indicated that they will only accept a peace agreement based on United Nations resolutions.

The dispute focuses on the control of the northern part of the Cypriot territory where there has been an autonomous government since 1974.

Turkey invaded and occupied the northern part of Cyprus after a coup that year, instigated by the military board ruling the Mediterranean island.

While Turkish Cypriots are currently demanding a rotating presidency in the territory, Greek Cypriots in the south are demanding the withdrawal of the 30,000 Turkish soldiers deployed on the island and the non-interference of Ankara.