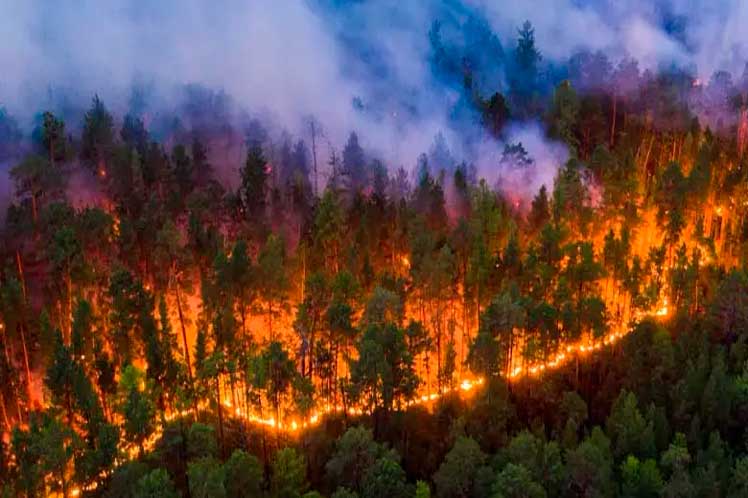 Authorities reported that the emergency will last until July 31. This territory, bordering Finland, woke up this Wednesday with 33 active forest fires in a total area of ​​7,280 hectares, according to the source.

Yesterday, in Siberian city of Yakutsk, at the other end of the country, local airport authorities warned about possible changes in flight schedules due to smoke from forest fires hitting several towns in that Russian region.

Governor of the Republic of Sakha-Yakutia, Aisen Nikolaev, told the press the cause of the natural disaster is climate change, which each year gets hotter.

‘We are experiencing the driest summer in last 150 years in Yakutia, and June was the hottest on records’, he said.

As example, average temperature last June in the region climbed at 20 degrees, when it should not exceed 15.

In the case of rains, he explained, less than two millimeters were recorded in June from a historical average of 37 millimeters.

‘This, along with dry thunderstorms happening almost daily in our republic, caused major forest fires’, he said.

Nikolaev warned about the fires becoming a challenge for that republic and for the country in general.

Yakutia has a third of Russia’s forests, ‘and the country must treat its green lungs with attention and care’, he said.

This republic, covering ​​more than 3.08 million square kilometers, is the largest federal entity in the Russian Federation.