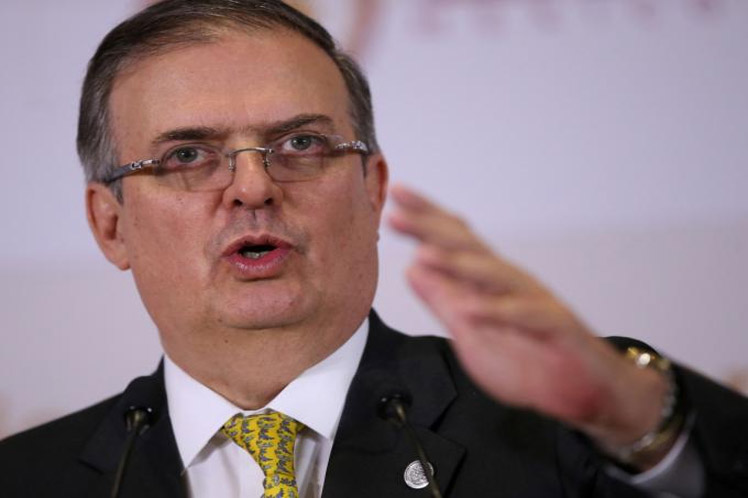 In the cancellation of a ticket with the image of the Liberator, part of the program for the 200th anniversary of the independence of Mexico, he highlighted the political importance of the Liberator of America and said that the validity of his ideas summons everyone because it is the conscience that we are a Latin American and Caribbean nation.

Bolívar called in his time for regional unity and to share a common vision of the world in the face of threats and risks of each era, back then the main one was the attempt to be reconquered by Spain, but that of the United States was already beginning to emerge.

Today, he said, we are facing a pandemic, there are no geopolitical rivalries between us at a time when a change is opening in the international order, in its governance. If anyone had any doubts about the relevance of the unit, it is enough to see what the experience of Covid-19 has been. What would have become of us if we hadn’t acted together, if possible? He wondered.

The pandemic updates the strategic need for Latin America and the Caribbean to be together for survival, if not for something else, but first of all now for survival, he emphasized.

Someone will tell me: ‘well, but you have a treaty with the United States and Canada.’ Yes, we have 45 trade and investment treaties and we are one of the most open economies in the world, but we have clear awareness that we are part of Latin America and the Caribbean, he assured.

We do not lose sight of the fact that we are part of Latin America and the Caribbean and that we want and share with all the countries of the region a desire, a desire and a goal: the prosperity, autonomy, independence and greatness of the peoples of this region.

Ebrard congratulated Peru that has just concluded its exemplary electoral process, and extended his best wishes for the next government headed by maestro Pedro Castillo.