Second clinical trial in convalescents of Covid-19 begins in Cuba 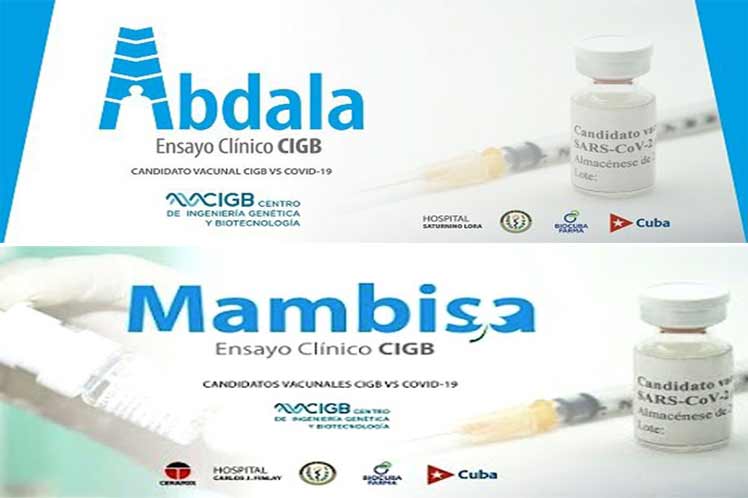 Second clinical trial in convalescents of Covid-19 begins in Cuba

According to information released on national television, the sample for this study is made up of 120 subjects who suffered from the disease and have been discharged for at least two months, belonging to the capital Centro Habana municipality, aged between 19 and 80 years.

The report states that it is a phase I / II clinical trial, in which the patients will be divided into four randomization groups: three will be administered Mambisa and one Abdala.

Regulatory authorities of this country detailed that they seek to evaluate the safety and immunogenicity of both products, designed by the Center for Genetic Engineering and Biotechnology (CIGB).

According to the Cuban public registry of clinical studies, among the objectives of this stage is to verify the immunogenicity and functionality of the administration by nasal spray and by drops of the Mambisa project.

To this end, participants in each group administered Mambisa will receive the product by nasal spray, drip or through a national device adapted to a syringe.

In this way, it is intended to evaluate, according to the benefit-risk-cost balance, which of the three is more effective and is the one that will be used in phase II of the study to continue with the evaluation of patients.

They will also evaluate the immunogenicity and functionality of the intramuscular administration of the Abdala vaccine, the first in Latin America and the Caribbean, which demonstrated 92.28 efficacy in its three-dose schedule.

According to the public registry, it is expected with this clinical trial that 55 percent or more of the subjects treated with both vaccine proposals, increase by four times the initial determination of the specific antibody titers against the SARS-CoV virus. 2, pathogen that causes Covid-19.

They also predict that ACE2 receptor binding inhibition titers will rise by at least 20 percent, without the risk of more than five percent of individuals with serious adverse events with causality consistent with vaccination.

Prior to this trial in convalescents, the Caribbean nation began another with the Soberana Plus vaccine candidate from the Finlay Vaccine Institute (IFV), which also seeks to evaluate the safety, reactogenicity and immunogenicity of a dose of the proposal in recovered patients. of the illness.

The participants, in the same age group, had a history of mild or moderate Covid-19, and asymptomatic infection.