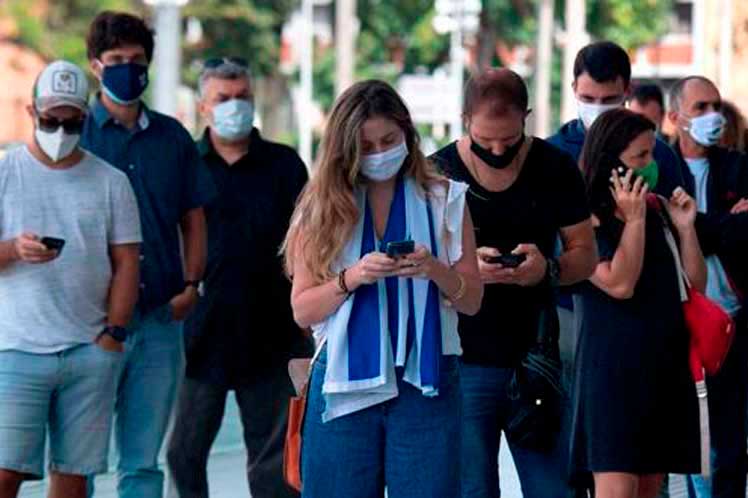 President of the republic, Luis Lacalle Pou, announced hours ago to reporters that Uruguayans returning from trips abroad will only be required to have full doses of immunizing vaccination and will be free from quarantine.

Previously, however, Minister of Public Health, Daniel Salinas, insisted on maintaining that last precaution after authorized research centers confirmed the entering into the country of Delta strains, originally detected in India, and Beta initially appearing in South Africa.

According to the president, he made the opposite decision looking to the reopening of borders for foreign tourism for southern spring.

He also resolved to invalidate by expiration date, without intention of renewing it, regulations approved by parliament to prevent or disperse agglomerations considered potentially transmitting the SARS-CoV-2 virus, which causes Covid-19.

At the beginning of the week, secondary schools completed the return to on-site classes in the educational system, together with restoration of a hundred percent capacity in interdepartmental public transport.

In an epidemic curve so far descending, Ministry of Public Health reported 305 new positive cases in the last 24 hours, three thousand 828 active patients and seven deaths, for a total of five thousand 896.

Even with these figures, recognized scientific references, although attaching importance to immunizing vaccination, strongly recommend maintaining preventive measures without ‘lowering the guard’, or believing that ‘the match was won’ against viral variants of rapid spread and contagion.

Warning in Uruguay of possible increase in Covid-19 infections

More activities reopen in Uruguay without decreasing infections by Covid-19

Warning in Uruguay of possible increase in Covid-19 infections

More activities reopen in Uruguay without decreasing infections by Covid-19