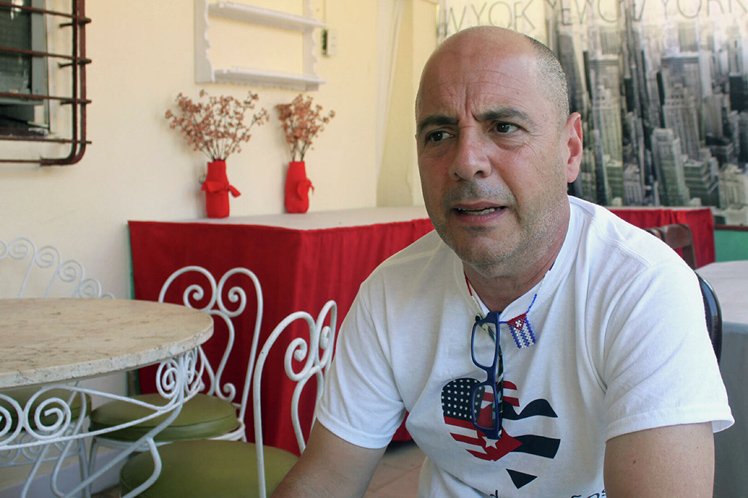 Washington, Jul 22 (Prensa Latina) Cuban-American activist Carlos Lazo, coordinator of the Bridges of Love project, on Thursday criticized Florida Democrats who betrayed voters by breaking their promises to change the policy on Cuba.

On a direct transmission via Facebook, Lazo said that many Cuban-Americans like him felt hopeful about the 2020 election campaign when they heard that then Presidential Candidate Joe Biden could erase what the Donald Trump administration had been tightening for four years, the cruel and unfair blockade against Cuba, upon his arrival at the White House.

The activist said that at the time, the Florida Democrats encouraged Biden to promise changes in search of votes; however, he lamented that those are the ones requesting the opposite from him.

What would a golden opportunity be to maintain the US sanctions against the Cuban family, the closure of consular services, of the reunification plan or the blocking of remittances? he wondered.

Lazo noted, ‘How is it possible that six months after becoming president, Biden is still reviewing and studying the way to send a remittance? Don’t play with us anymore,’ he said.

He predicted that such stances could take its toll on the Democratic Party in the 2022 mid-term and 2024 presidential elections.

‘We are going to campaign with this, those people do not represent us, we are going to invite them to modify the electoral registry from Democrat to Independent, let the politicians take note,’ he emphasized.

We can add hundreds, thousands people, Lazo pointed out, insisting that both he and many Cubans there count, firstly, with the strength of love, of dignity and that defines policies.

The coordinator of Bridges of Love recalled that the 2000 controversial elections were defined by hardly 500 votes.

In those elections, Democrat Albert Gore won the popular vote, but lost in the Electoral College against George W. Bush, in a controversial litigation over a recount of ballots in Florida, which the Supreme Court resolved by ruling 5-4 in favor of the Republican politician.