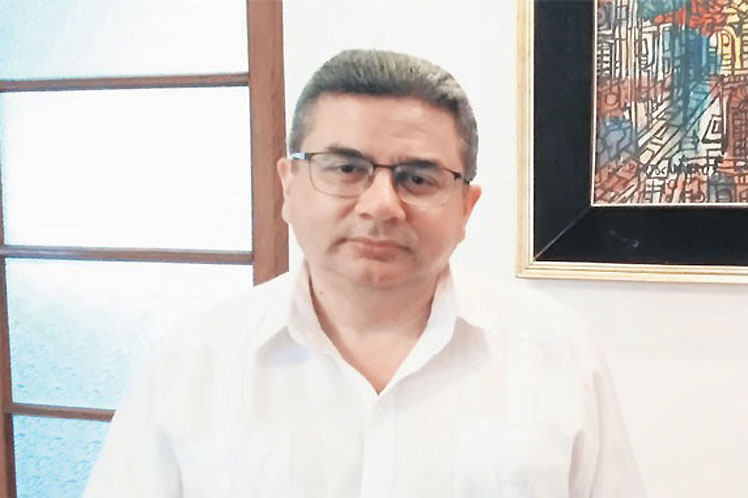 Belgrade, Jul 24 (Prensa Latina) A military intervention in Cuba from the United States would have a forceful response, there will be resistance because my country is ready for the war of all the people, Cuban Ambassador to Serbia Gustavo Trista del Todo said on Friday.
Share on facebook
Share on twitter
Share on whatsapp
Share on telegram
Share on email

In an interview with Politika, the main Serbian newspaper, he charged that Washington tries to take advantage of the economic precariousness and the fatigue of the Cuban population, caused by the Covid-19 pandemic, to launch a brutal attack on social networks and cause disorder in his country in the past few days.

Cuba is under the blockade of the United States that has lasted 60 years, a real economic war that President Barack Obama recognized as unsuccessful and began a process of searching for another path, in which he took some steps to improve relations, the head of the Cuban diplomatic mission in Serbia noted.

On the reason for the riots now, he said that President Donald Trump, in addition to repealing the achievements of the previous administration, approved 243 new draconian measures that prevent even sending remittances to Cuba and closed the US consular offices in the Caribbean island to hinder immigration agreements and grant visas.

He recalled that President Joe Biden promised to review that policy, but so far he has done nothing about it and the most recent actions only contribute to exacerbating the problems.

With the pandemic, he said, Cuba was left without tourism, one of its main sources of income, which creates serious economic problems and increases shortages, exacerbated by restrictions on Covid-19, which Washington manipulates to incite riots, although the majority of protesters were criminals and marginal people.

Asked about information in Western media that Cuba cut the internet connection to prevent the organization of the demonstrations, Trista del Todo described them as lies and called attention to the fact that historically the United States is the obstacle for the network of networks to function better by not allowing connection to its cables.

He added that the allegation that there are people missing in Cuba after the protests, one of the many that circulates daily on the media and social networks about his country, is also a fallacy.

Regarding the call by Cuban émigrés in the United States for a military intervention, he warned that, if it occurs, ‘the Cuban people will fight, resist and will not surrender their revolution.’

He added that so far they have not done so ‘because they know they would pay a very high price in lives, a new Vietnam would be created and that is rejected by US public opinion.’

Regarding Cuba’s development of vaccines against Covid-19, he pointed out that one of them, Abdala, has already been approved, about 20 percent of the population have received all three stipulated doses and in August, 60 percent of the country must be immunized.