In Cuba, there are no ‘missing’ people nor ‘summary’ trials 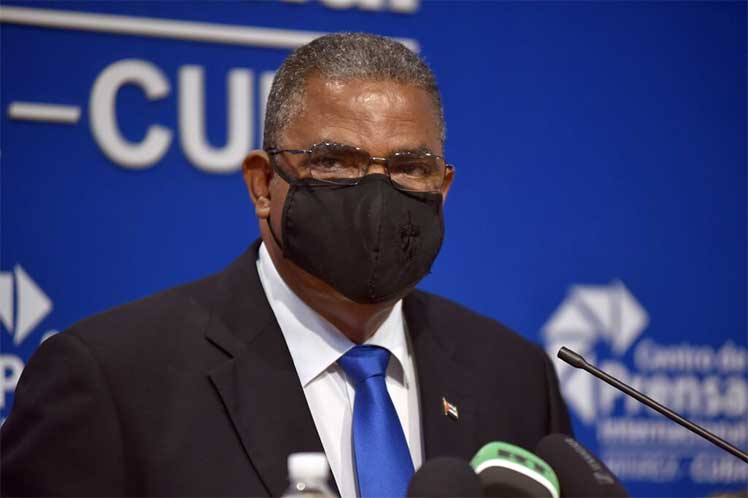 In Cuba, there are no ‘missing’ people nor ‘summary’ trials

According to Cuban authorities, the July 11-12 riots, called ‘peaceful demonstrations’ by the media machinery that tries to discredit the Revolution, led to violent attacks on people, publich and private property, enterprises, and disrespect for authorities in different parts of the country.

The President of the People’s Supreme Court (TSP), Ruben Remigio Ferro, at a press conference, pointed out that demonstrating or thinking differently is not a violation of the law, but inciting disturbances, attacking, injuring and violating civil norms thus altering order, tranquility and peace, is.

Cuban legislation stipulates that when a citizen is detained by forces of the Ministry of the Interior or other authorities, there is a 24-hour period to inform him/her of the reason, which was complied with during the July 11 events.

He stressed that it is mandatory for this ministry to communicate with the relatives of the detainees to inform them where they are, as well as the causes of the proceedings. The manipulation of this issue on social media sowed the opinion that these are ‘summary’ proceedings, when in fact they correspond to an ‘abbreviated procedure,’ which exists in legislations around the world, Remigio Ferro said.

He recalled that all those accused of these crimes had the opportunity to have a lawyer, and several chose for one.

The prosecuted cases are being charged with public disorder, instigation to commit a crime, contempt of court, physical and material damages, and penalties may be fines, supervised freedom or short-term imprisonment, without being final sentences.