Listen how the rhythm goes 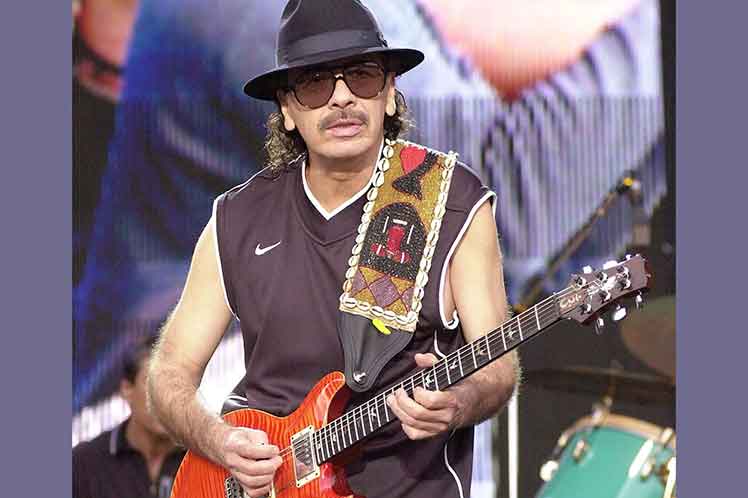 Listen how the rhythm goes

Among them include, for example, Incident at Neshabur or several tracks from his album Supernatural. However, perhaps the first Santana song that was popular in Cuba was the catchy Oye cómo va, a Latin rock version of a mambo long credited to Puerto Rican Tito Puente, in turn inspired by Chanchullo, by Cuban bassist Israel ‘Cachao’ López.

Included in the album Abraxas (1970; which contained the monumental Black Magic Woman), Oye cómo va catapulted the Mexican singer straight to number 13 in the Billboard Top 100, ranked in the ryhtm & blues charts and was one of the landmarks of the 1967 Monterrey Festival, the same one where Americans ‘discovered’ Jimi Hendrix kissing the sky, and something else.

Except that Santana manages to get the sound of a flute out of his guitar, the song retains the chachachá tempo that Puente gave to the 1963 original. The latter, in turn, had the ‘tumbao’ patented by Cachao in Rareza de Melitón, a 1937 composition that later changed its name to Chanchullo.

It is also said that the reference to the mulata has its roots in the song Las mulatas del chachachá, by Evelio Landa and recorded in 1955 by Benny Moré y su Banda Gigante, with the famous refrain of ‘áGózalo mulata!’.

This classic has been widely performed by greats as Cheo Feliciano and Julio Iglesias, short-lived Mexican rapper Gerardo and even Natalie Cole on her 2013 Latin Grammy-nominated Spanish-language album.

In the Chicano’s version, the legendary guitarist barely purrs the word ‘sabor’ at the beginning, with Gregg Rolie, his keyboardist at the time, being in charge of singing the simple refrains, easy to memorize and chant. But I repeat, in that explosion of rhythm, the lyrics were the least of it.

Apart from his electric guitar, Santana added a Hammond B-3 organ and rock drums, sprinkled with Puente’s brass section, making the whole thing a sui generis chachachá rocker with some blues and a lot of flavor.

Considered the father of Latin rock, Carlos Humberto Santana Barragán was born in Jalisco, moved to Tijuana as a child and managed to fuse the music of his ancestors, with a strong spiritual imprint, with the sounds of Anglo-Saxon rock in an amazing blend of creative genius and virtuosity.

Among the milestones of his career there are more than 30 studio albums and more than 100 million albums sold, he was recognized by Rolling Stone magazine as one of the 20 best guitarists of all time and holds the record for the most Grammys for a phonogram.

He broke the record of eight Grammies in 1999 achieved by Michael Jackson in 1983 for his indispensable Thriller, by winning nine out of 10 nominations for Supernatural, an album in which he collaborated with stars such as Dave Matthews, Lauryn Hill, Maná, Everlast and that delight with Rob Thomas that was Smooth, a song that is well worth a classic.