NBA: Giannis and the sea of thorns 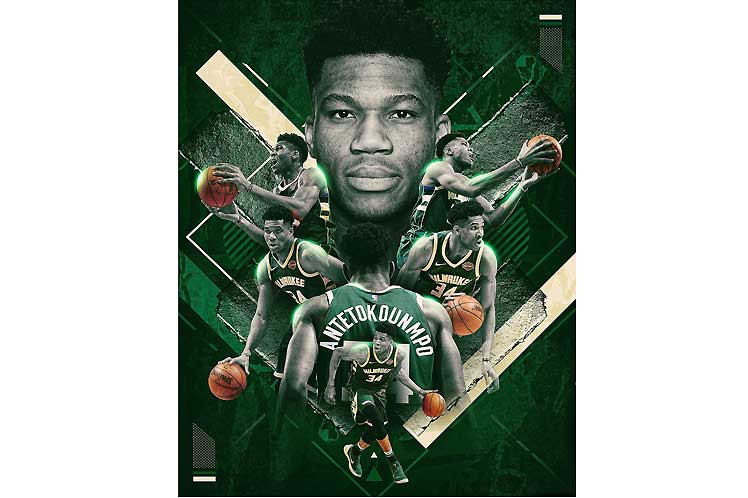 NBA: Giannis and the sea of thorns

Fortunately, for us romantics, sublime love stories are still being written, endowed with the finest histrionic resources.

We already know by now that Giannis Antetokounmpo masterfully led the Milwaukee Bucks to the NBA title -over the Phoenix Suns- and thus broke a 50-year title drought for that institution.

For his powerful presence on the court, three MVP awards (2019 and 2020, regular season, and 2021, final) and paranormal displays in every game of the recent decisive stage, many experts already consider him as the most dominant player on the planet, with the added value of having picked up the legacy of the incomparable Kareem Abdul-Jabbar, who led the Bucks to their only previous championship, in 1971.

But at times like this, almost inevitably, one must look to the past. Yes, because the story of this magnificent Greek basketball player is written on a sea of thorns.

The son of Nigerian immigrants, Giannis was born in Greece in 1994, but lived most of his life as an undocumented immigrant. In fact, it was not until 2013 that he received the nationality of that European country and his parents even changed his last name from Adetokunbo to Antetokounmpo to comply with certain Hellenic rules.

During his childhood and adolescence he sold watches, handbags, sunglasses and other objects in Athens. His parents, being immigrants and undocumented, struggled to find work and put food on the table.

However, basketball would change Giannis’ life. In 2007 he began playing the sport and in 2011 made it onto the senior men’s team of Filathlitikos, in the Greek semi-professional B league (third division).

His development was meteoric and on July 30, 2013, as a citizen and player of Greece, he was 15th in the first round of NBA draft selection by the Bucks, a franchise in the middle of a rebuilding process (in 2014 they were the worst squad in the championship with a record of 15 wins and 67 losses).

Gradually the team began to take shape and strength, but the failures continued to follow one after the other and several specialists speculated about alleged trades that would lead the ‘Greek Freak’ to contending teams, to build galactic formations.

However, and with an extra charge of romanticism, Antetokounmpo withstood the pressure that fate had in store for him and trusted his talent and his team, until the stars finally aligned and he turned all those martyrdoms into the most exquisite elixir of life: success.