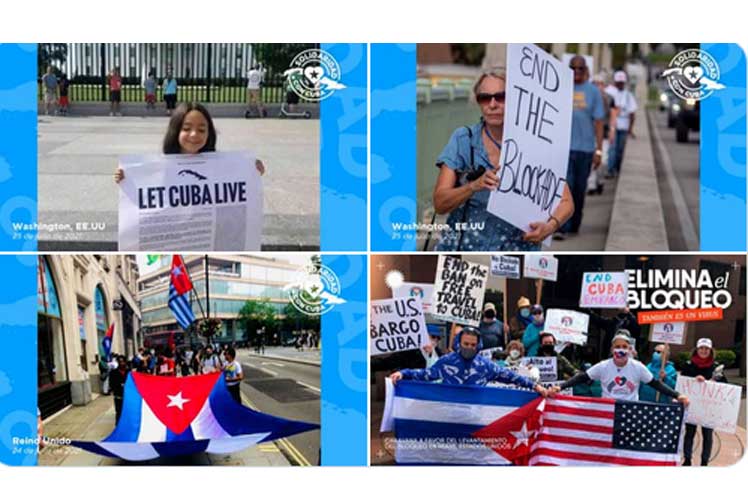 On his Twitter account, the president said he was grateful to the friends of Cuba who mobilized in several regions of the world to support the nation.

‘Thank you all, and the hug from this island that will not stop fighting,’ the head of State wrote.

Bridges of Love began its journey on June 27 in Miami, Florida, to the United States capital, with the aim of drawing attention so that President Joe Biden eliminates the economic, commercial and financial blockade, implemented for almost six decades.

According to Carlos Lazo, a professor and coordinator of the solidarity initiative, such a policy of suffocation is ‘a huge human rights violation’ not only of the Cuban people, but also all ‘families who want to help their loved ones from here and are prevented from doing so.’

Along the journey by the group of Cuban- Americans, as the activist told Prensa Latina, they joined forces and built alliances in favor of rapprochement between the United States and Cuba, and the end of the unilateral blockade.

According to Cuban authorities, the blockade is the main obstacle to the island’s development and the accumulated damages over six decades amount to 147,853 million dollars.

Hostility was tightened under the presidency of Donald Trump (2017-2021), who approved 243 coercive measures, which remain in force under the current Joe Biden administration.