Ambassador blames US for attack on Cuban diplomatic seat 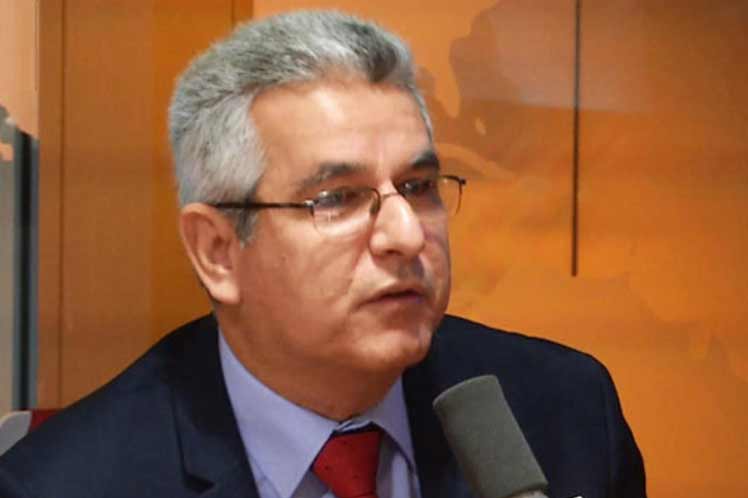 Ambassador blames US for attack on Cuban diplomatic seat

Acts of this nature are motivated by the growing political-media campaign developed by the government of the United States and enemies of Cuba against the stability of the country and the constitutional order in force on the island, Rodríguez said this Tuesday in interviews with several French and international media.

On the night of July 26 to 27, two individuals threw three Molotov cocktails at the Cuban diplomatic seat in Paris. Two of them hit the facade and the entrance of the building. Cuban personnel put out the fire.

The diplomat gave interviews to channels France 24, Russia Today in French and to Radio France International, in which he condemned in strongest terms the action perpetrated against the Cuban representation and diplomatic personnel in France.

Rodríguez expressed that the US government identified the impact of the Covid-19 pandemic as an opportunity to reinforce the economic, commercial and financial blockade against his country.

Thus, he added, Washington applies maximum pressure measures against the Cuban government and people, through encouragement to violence and disorder trying to justify a military intervention.

Likewise, he appreciated the French government’s pronouncement clearly repudiating the attack against the Cuban embassy in Paris.

The Ministry of Foreign Affairs announced on Tuesday a judicial investigation to clarify the facts.

The Cuban ambassador confirmed that the personnel is well, and ratified the commitment of the Cuban diplomats to the defense of sovereignty, independence and the socialist project in Cuba.

Yesterday, Cuban Foreign Minister, Bruno Rodríguez, described the action as terrorist and pointed to the policy of encouragement to violence by the White House.

Cuban Embassy in France condemns attack on its headquarters

Cuban Embassy in France condemns attack on its headquarters