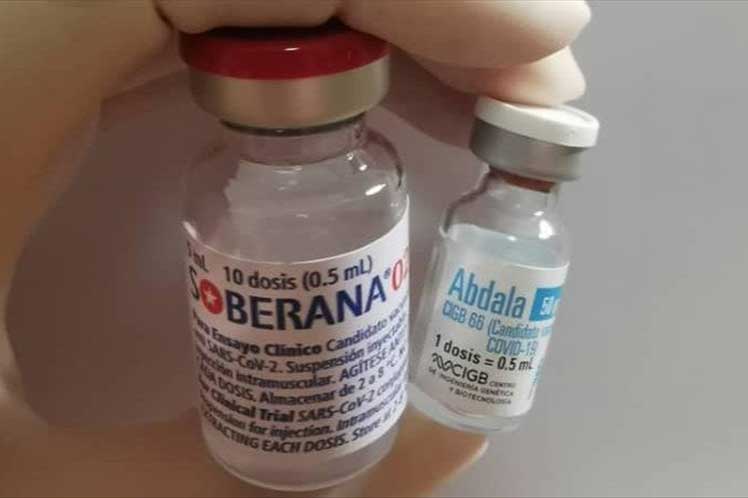 Until Monday, 3,484,672 people had received the first dose of one of Cuban vaccines, 2,954,759 had been administered two doses and 2,460,919 had completed the complete vaccination scheme of three doses.

Cuba has three Covid-19 vaccination schemes that exceed the ground limit established by World Health Organization (50 percent) to be declared vaccines and one of the vaccines, Abdala, has already received authorization for emergency use in the country.

Abdala, produced by the Genetic Engineering and Biotechnology Center (CIGB), is the first vaccine in Latin America, with 92.28-percent efficacy in its three-dose scheme.

A vaccine was developed by the Finlay Vaccines Institute (IFV), Soberana 02, which, with two injections, showed in its final analysis of efficacy on symptomatic disease a 65.6-percent efficacy, a number that increased after the 62 percent reported in the intermediate study.

Recently, that institution announced an efficacy of 91.2 percent in the scheme consisting of two doses of Soberana 02 plus one dose of Soberana Plus.

In addition to the three abovementioned Cuban projects are Mambisa, also created by the CIGB and only vaccine to be administered nasally, which was already authorized to start phase II of clinical trials, and Soberana 01, from the IFV.