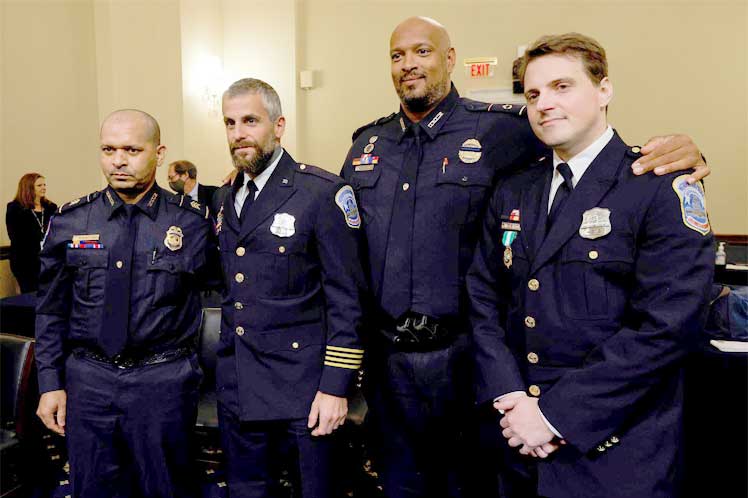 Washington, Jul 28 (Prensa Latina) Four officers who defended the US Capitol from a mob of violent pro-Trump insurrectionists on Jan. 6 gave horrific testimony Tuesday about the verbal and physical attacks they were subjected to during the riot, international media reported.

The emotional testimonies of four police officers were heard during first hearing of a special commission established by the House of Representatives to probe into the incidents.

Speaking before the House special committee, the officers described how they were beaten, punched, kicked, electrocuted, stripped of their weapons and masks, and nearly crushed to death while enduring a stream of taunts, threats, and racist insults from rioters attempting to stop lawmakers from certifying President Joe Biden’s electoral victory.

¨Thought I went to die that day. Insurrectionists called me a traitor and repeated more than once that I should be executed,’ explained Sergeant Aquilino Gonell.

Officer Michael Fanone reported that he had a cardiac arrest and a traumatic brain injury as he was repeatedly grabbed, beaten and tased.

Police officer Daniel Hodges testified that as he retained control of his baton from a rioter who had tried to grab it, the man yelled at Hodges, ‘You’re on the wrong team,’ while another rioter yelled, ‘You will die on your knees.’

According to the police officers, Trump is major responsible for the wave of hatred and horror that shook Washington that day and called on authorities to do justice.

Over 550 people have been indicted for criminal acts committed during Jan. 6 Capitol insurrection.