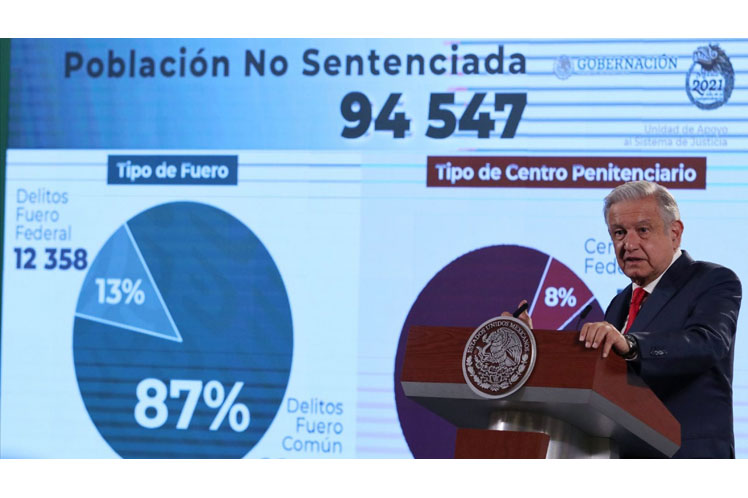 In his morning press conference at the National Palace, he grouped into four segments people benefiting from the measure, which must enter into execution no later than October 15.

Cases benefiting from the decree to be signed these days are, first of all, those who have not been sentenced after more than 10 years and have not committed serious blood acts, a criminal population estimated at more than 12 thousand inmates, he explained.

Second segment is made up of adults over 65 who have been locked up for crimes under federal jurisdiction and who have not committed serious acts. The third, the same age with chronic diseases and with the same condition that their faults do not make them a danger to society.

In the fourth category are those to whom it is reliably proven that they were tortured to get confessions and in reality they have not committed the serious crimes imputed to them.

He insisted the decree will be signed in the next few days and will also be published quickly in the Official Gazette in order to meet the deadline set for starting the process before October 15 of this year.

It is important, he said, to take into account that there are many detained, too many inmates, who do not have a sentence, and not only from the federal jurisdiction but also from the common one, which is the majority since they amount to 82,189.