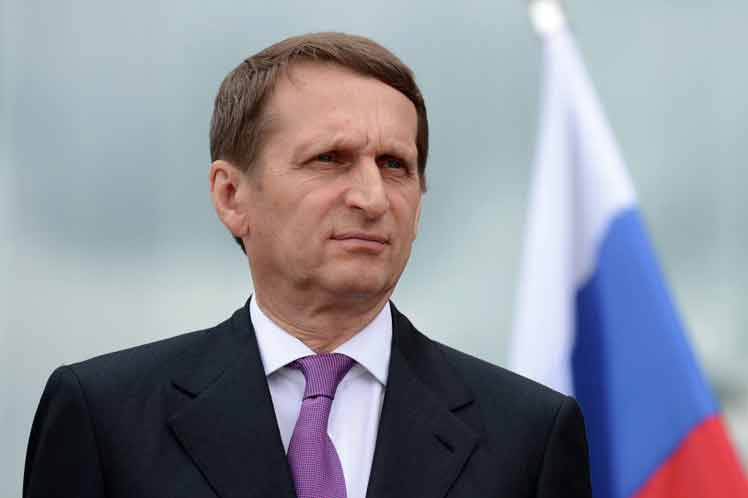 ‘Our opponents are preparing with all their strength,’ Naryshkin told the YouTube channel Solovie Live, whose images were broadcast on Sunday by Russia 1 TV channel.

He assured that Moscow has intelligence information on ‘which points they will hit.’

In another part of the interview, he said that the president of the United States, Joe Biden, accused Russia of interfering in the next congressional elections of 2022, so as to have arguments and to have a justification in case of a failure of the Democratic Party.

For the SVR chief, listening to this ‘is boring,’ and sounds ‘like a broken record,’ he said.

He recalled that in early 2018, the United States Department of Justice went to court, accusing two Russian companies of intervening in the elections.

Naryshkin pointed out that before the complaint, the lawyers of the Russian side demanded concrete evidence.

‘The Department of Justice of the United States remained silent before this, because there was no evidence, it simply did not exist,’ he clarified.

In a meeting with the US intelligence community on July 27th, Biden said that Moscow is already trying to interfere in the course of the US midterm elections, which will take place in 2022.