Syria and China ratify strategic nature of their relations 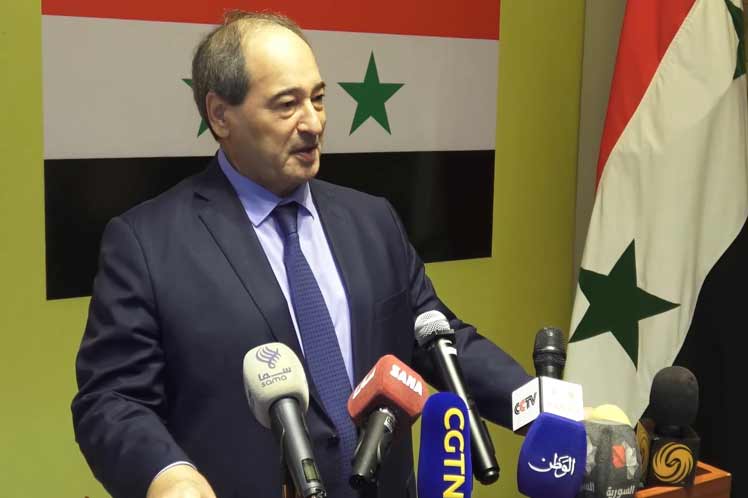 Syria and China ratify strategic nature of their relations

Our ties are deep-rooted, friendly and solid, and there is a common will to encourage them in all fields, and soon there will be joint economic, commercial and financial projects, Syrian Foreign Minister Faisal al-Mekdad said at an event on the 65th anniversary of diplomatic relations.

According to the head of Syrian diplomacy, bilateral cooperation improved significantly, particularly between their two armies in the fight against terrorism.

The minister charged that some western countries sent terrorists of Chinese origin to Syria and intended to return them now to China to practice terrorism and crimes against their own people.

We will work 24/7 to improve our relations and stem the greedy Western terrorist tide aimed at controlling, dominating and suppressing the aspirations of the people, the foreign minister noted.

In turn, Deputy Foreign Minister Bashar al-Jaafari highlighted that of all 15 times that China used the veto vote in the United Nations Security Council, 10 were to thwart projects against Syria, which demonstrates the country’s steadfast stance in support of Damascus.

Similarly, Chinese Ambassador Fong Biao said that political communications between his country and Syria have never been interrupted even in the years of war, as both countries are faithful and loyal friends.

China’s diplomat reaffirmed his country’s support for Syria’s efforts to preserve its sovereignty and territorial integrity, and urged the international community to immediately lift the blockade and unilateral coercive measures.

Fong Biao praised Syria’s ongoing support for China’s causes and its rejection of interference in its internal affairs.