Warning on rise in firearms violence in New York 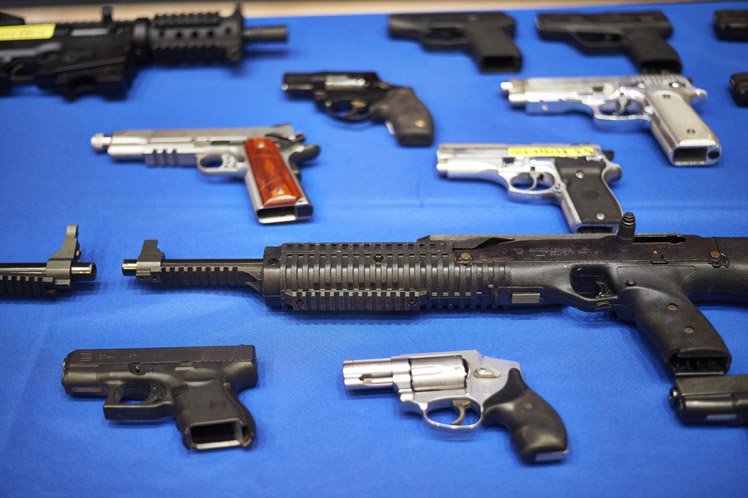 Warning on rise in firearms violence in New York

At least 18 wounded was the aftermath of six shootings in the city during the weekend, the most serious, causing 10 of the wounded, occurred on Saturday night in North Corona, a Latin enclave of Queens, The New York Times reported.

The event drew Democratic and Republican mayoral candidates to the scene, where they called to intensify in New York the fight against criminal gangs and firearms.

Adams, a former police captain who came forward with his law enforcement record and a promise to take action against crime, warned that violence will only get worse if proper actions are not taken.

‘We are losing control of public safety, and we have to respond immediately and treat it as the crisis it is’, Adams said. The former captain is likely to become the city’s next mayor, the New York newspaper said.

He asked to deal with the issue with a closely coordinated joint task force between federal, state and municipal agencies, and proposed bringing back to force a police unit to track down illegal weapons.

As for Republican candidate, Curtis Sliwa, he said the ideal would be to expand the anti-gang unit and the Police Department database.

Chief of Detectives James Essig expressed concern about what he called ‘a blatant and coordinated attack’ and wondered how two individuals just pull out their guns and shoot ‘on a busy street at 10:30 at night, where there are parties, restaurants’. ‘After firing at least 37 shots, that we know of, they calmly get on their bikes and leave’, he added.

More than 280 mass shootings have occurred in the United States so far in 2021, and they occur now in random situations and for countless reasons: at workplaces, house parties, outdoor gatherings, street corners, and even in entertainment areas, according to press reviews.