Lula remains leader of polls heading to elections in Brazil 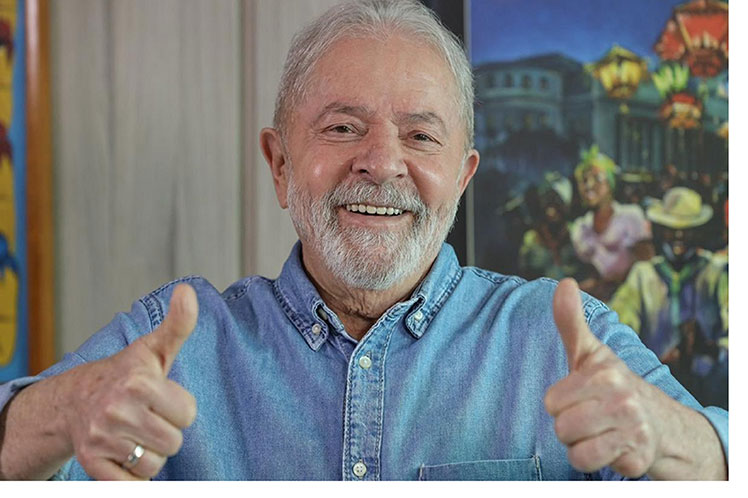 Lula remains leader of polls heading to elections in Brazil

The study reveals that Lula appears with 46 percent of the voting intentions before competitors such as President Jair Bolsonaro, who has a 29 percent, and former Minister Ciro Gomes (12).

Regarding drills carried out with the governor of Rio Grande do Sul, Eduardo Leite, or with the former Minister of Health Luiz Henrique Mandetta, the founder of the Workers’ Party maintains the 45 percent mark.

The exhibition pitted Lula’s name against others on the current political scene, such as former judge Sérgio Moro, journalist and presenter José Luiz Datena and the governor of Sao Paulo, Joao Doria.

It is the second survey of its kind conducted by Quest with Great. In the first round, last month, former labor leader commanded with 43 percent in first round compared to 28 for Bolsonaro and 10 for Ciro.

This investigation also simulated second-round scenarios for 2022 and, again, Lula leads comfortably against all other possible candidates.

Against Bolsonaro, he wins by 54 to 33 percent. In a dispute against Ciro, he is victorious 53-23. The biggest difference in these simulations, against Mandetta was 58-14 percent for the former ruler.

According to the investigation, the former president is the only one with a potential vote higher than that of rejection among those analyzed. In Bolsonaro’s case, 60 percent acknowledged they would not vote at all for the former military man.

Bolsonaro’s unpopularity coincided with the work of a Senate commission investigating the government’s management of Covid-19.

In the same way, due to the arrival of a second wave of the disease that claimed about 560 thousand deaths.

Lula’s voting intention has strengthened since he regained his political rights last March, after the Federal Supreme Court annulled all of his convictions.